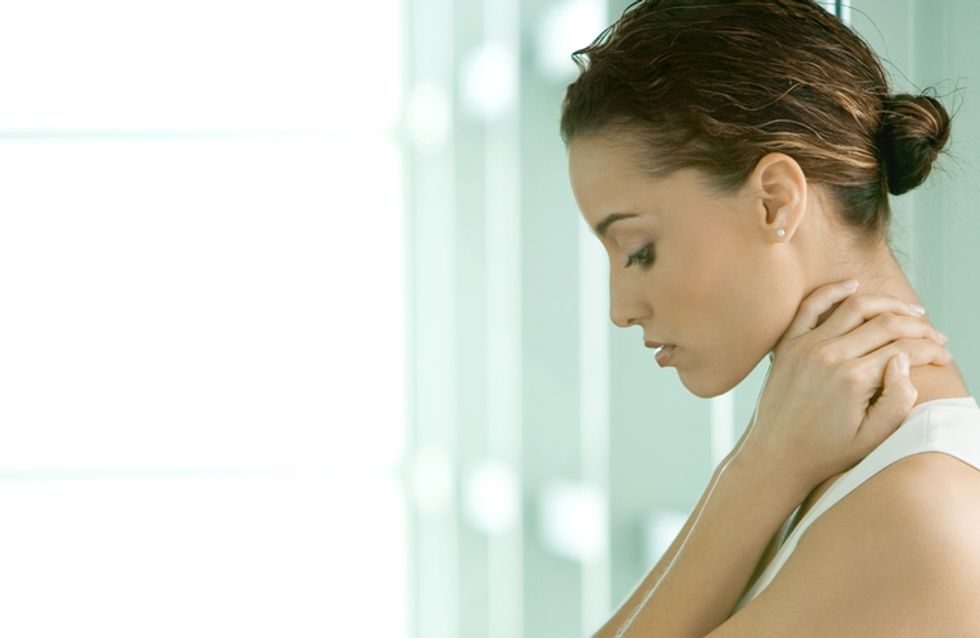 When you begin your journey towards starting a family, having a miscarriage is a real and scary possibility. As common as they are, it is still a difficult and traumatic setback for many women and their partners. However, understanding what a miscarriage is and how your body can recover from it is important for a successful pregnancy in the future! I asked Dr. Yalda Afshar, M.D., PhD, to share her knowledge on silent miscarriages, treatment options, and how women can cope.

"A miscarriage is a pregnancy loss that occurs within the first 20 weeks of gestation," Dr. Afshar begins. "The American College of Obstetricians and Gynecologists (ACOG) summarizes that 15-20% of all pregnancies will end in a miscarriage, most occurring before the first 13-weeks of pregnancy."

What is a 'silent' or 'missed' miscarriage'?

A silent miscarriage or missed miscarriage as it is also known, is a type of early pregnancy loss (before 20 weeks) that can be difficult to detect without an ultrasound scan. Colloquially, we often refer to this event as a 'silent miscarriage,' but Dr. Afshar and the ACOG prefer the medically correct term, missed abortion.

"It's important that we empower women with the ability to understand the nuances of this terminology," Dr. Afshar insists. "So we [women] can both seek out appropriate information and discuss our obstetric history in pointed terms as well."

How do I know I had a missed abortion?

There are two events that characterize a missed abortion. One is a blighted ovum. "It's when a fertilized egg [ovum] implants in the uterus without any fetal development [or] growth," Dr. Afshar explains. An ultrasound will ultimately show that an embryo never formed in the gestational sac after conception.

Another a sign of a missed abortion is the lack of a heartbeat. Sadly, that means the embryo inside the gestational sac inexplicably stopped growing.

Unfortunately during a missed miscarriage or missed abortion, many women do not experience common miscarriage symptoms, such as heavy bleeding and abdominal pain. In fact, they may believe that they are still pregnant for days and weeks after the stunted development of the embryo. However over time, there will be a noticeable reduction in pregnancy symptoms (breasts aren't tender, morning sickness dries up) that indicate a loss has occured.

When does a missed abortion happen?

What is the treatment for a missed abortion?

Although the signs of a missed abortion are delayed, your body will eventually miscarry. "The main goal of treatment during or after a miscarriage is to prevent uncontrolled bleeding (a hemorrhage) and/or infection to the mother," says Dr. Afshar. "Earlier miscarriages are more likely to avoid the need for medical or surgical intervention."

If there is a concern for very heavy bleeding, "surgical intervention, by means of an easy outpatient procedure known as a dilation and curettage (D&C) may be recommended."

Miscarriages are common and relatively easy to recover from physically, but the emotional impact can be overwhelming. "The recovery period is not easy for the woman and her partner in the setting of a planned or desired pregnancy," Dr. Afshar admits. "30% will suffer from depression associated with the event and there is nothing wrong with a short trial of anti-depressants if needed."

You might be tempted to curl up your bed and shut out the world after a missed miscarriage but Dr. Afshar encourages you to surround yourself with friends and family and be open about your experience, particularly with other women. "Women should realise that 15-20% of women around the world have undergone the same thing. There is no shame in discussing the emotional difficulties of dealing with a miscarriage and you should always keep your physician in the loop."

How long should I wait before trying again?

"It is USUALLY safe to have sex when the bleeding stops," says Dr. Afshar. "You can start to ovulate as soon as 2-weeks after an early miscarriage. However, it is safest to wait 3-6 months before trying again as the literature suggests increased risk recurrent miscarriage with shorter inter-pregnancy interval."

Why do missed abortions happen?

"The majority of miscarriages are caused by problems with the chromosomes of the fetus," says Dr. Afshar. "Chromosomes are the structures in the cells that carry genes [and] miscarriages can result from an abnormal number (aneuploidy) or structure of chromosomes."

Conception is a delicate process that is prone to mutations ​that happen at random. If you're worried that you'll miscarry again, Dr. Afshar has comforting news: "Most chromosome problems are not inherited. They happen by chance and are not likely to recur."

Short answer, no. "It is very important to remember that in the majority of the cases there is NOTHING that a woman and her partner could have done differently that precipitated the abortion," Dr. Afshar firmly asserts. "Miscarriages can be caused by a number of things before, during, and after fertilization. Sometimes a miscarriage is caused by an underlying maternal health problem [but] very often, there is not a specific cause."

Smoking or excessive alcohol and caffeine intake while pregnant will heighten you risk of miscarriage.

Dr. Afshar wants you to remember that miscarrying is an unfortunate possibility of pregnancy, but it isn't your fault! "Since most miscarriages are secondarily to chromosomal abnormalities, there is nothing that the woman or her partner could have done to avoid it." A miscarriage isn't a sign that pregnancy is not in your future. Keep trying and stay positive!

From Sperm Motility to Sperm Count: What Every Couple Needs To Know About His Load

17 Ways Motherhood Changes You For The Better

11. Custody
by the editorial team

1. The Queen is the first to know
by the editorial team

To good to be True!
by the editorial team