All The Classic Christmas Food Ranked Worst To Best 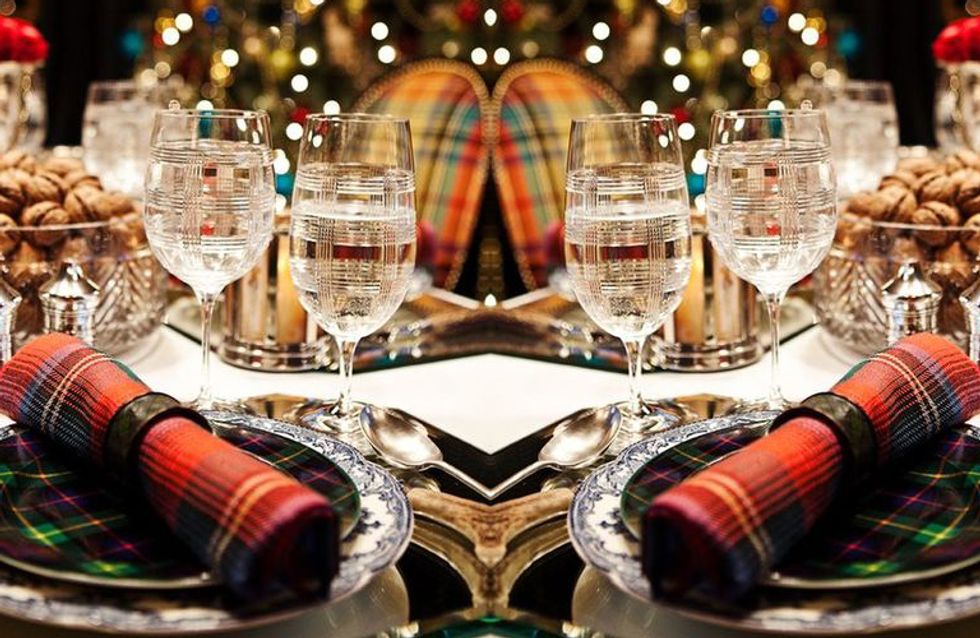 It's Christmas in less than a week and while we can tell our workmates until we're blue in the face that we're just looking forward to "spending some quality time with the family", we all know that really translates to "I can't wait until I don't have to come into work for a whole week so I have time to explore my real passion: Eating". Because yes, under all that tinsel, Christmas is about the amount of food you can eat before your pyjamas split - here, we rank that food from worst to best.

Let's just be real. Let's just plop a big ol' dollop of reality on this Christmas mess: turkey sucks. It sucks real bad. It's the bigger, dumber, less palatable brother of the humble and succulent chicken. Cooking a turkey is so hard to do that even before you've cooked it, even before you've taken it out of the packaging, you've done it wrong. It's still in the fridge and you've already failed at cooking it. Because hey, let's call a spade a spade: that turkey is going to be dry as hell, and you haven't even touched it yet. It's going to be like eating a well-seasoned piece of MDF. So save yourself a few hours and make the first item on your 'To Do' list "Throw the turkey away." Tick! Now, be a love and go fetch the emergency chicken crown out of the fridge.

In my house, it is always my dad who makes the Christmas dinner. Not because he likes it, but because he is stubborn. And so whilst we sit around trying to watch The Snowman, slowly increasing the volume to drown out the frequent outbursts of anger coming out of the man hunched over the oven, we know that this culinary hostility is all stemming from that one pesky bird. Yes, it's all downhill from here - and 'here' happens to be the turning on of the oven. So yeah, my opinion is that turkey is the worst Christmas food of all, because we, humanity, never learn from our mistakes. Sure, we know not everyone likes parsnips, we know that stuffing isn't always a favourite, but each year without fail we all still buy a turkey that's too hard to cook. The eternal optimism that glows in our hearts is all too often extinguished by the utter hatred for cooking a turkey, that all-too-often ends with us sitting on the floor, head resting on the dishwasher, and downing a mug of sherry.

Christmas puddings are like those chain email curses everyone used to get in 2009: everyone's kind of ambivalent about Christmas pudding but buy one anyway, "just in case." They are the worst of all the puddings. They're so dense that if you threw one into the sky it could probably tear a hole in the actual atmosphere. Then, because of its denseness, it would drop back to earth at such a velocity that it would probably catch fire and destroy an entire cornfield like a huge meteor made of raisins. Because Christmas puddings are ALWAYS on fire, aren't they? There's always some drunk uncle thinking it's a good idea to pour a whole bottle of brandy on an xmas pud, taking intermittent swigs from the bottle and slurring "one for me, one for you" affectionately to the inanimate pile of stodge. And then poof! It's up in flames, a fire that is inextinguishable without using an actual extinguisher. And again: they're so heavy. I just can't get over it. There's a reason people tell you not to eat and then swim: it's because if you eat Christmas pudding and then jump in a pool you will sink as if there's rocks in your pockets. Just... just stay away from them, ok?

The ubiquitous cold spread is a post-Christmas favourite for all those people who make too much food on the day of but refuse to throw anything away. A good cold spreader will at least buy a slow-cooked ham joint and pop open a new tube of Pringles for the occasion, but don't get your hopes up - it's more than likely going to be your ma's eclectic mix of cold sprouts, boiled potatoes, all the peanuts from the bottom of the tub that are too salty to eat and turkey bones with the odd chunk of meat attached. It's also inevitable that your mum will make a salad, one that is shy on croutons but heavy on celery, and then complain when everyone has chosen to eat the ham over her leafy monstrosity. I mean, we're all already on a downer that Christmas day is over - we don't need to be reminded that we've all eaten too much for the last 25 days and our PTs are going to be making us TRX so hard that we explode from every orifice with the Christmas pudding that still hasn't managed to break down in our stomachs yet. (Seriously - worse than gum.) But does that mean that we will settle for anything less than an overflowing cheeseboard? No, it does not.

THAT'S RIGHT. I'm ranking Brussels sprouts above turkey, and you know why? Because I'm a grown-ass woman. As with drinking a glass of wine because you "like the taste", a penchant for sprouts only comes once you've reached full adulthood; when you have reached your final evolution as a human Pokemon. Because, as you'll discover, they're actually a pretty versatile veggie considering how much you used to avoid trying one. Seriously, all you need to spruce up a sprout is a bitta bacon. A little nob of butta. A bit o' salt n' peppa. (The seasoning, not the rap duo.) And there you have it: a vegetable that you no longer want to stuff into your pocket and throw out the window later.

I'll tell you this for a fact: nothing on your Christmas dinner table is more politically loaded than the gravy boat. It's a bone china receptacle loaded with power. It goes like this: the person who grabs it first has asserted their dominance, and is king. They will always go over their gravy quota, meaning that by the time it reaches the last person it will be a significantly smaller amount than it should be, and will have already congealed into some sort of ominous, umber blancmange, falling from the spout with a depressing 'thwump' onto one dry slice of turkey. This person now knows their place in the family: they are essentially the runt of the litter. So whilst gravy has the power to ultimately bring all elements of a roast together and complete the culinary circle, it is the food that has the ability to tear whole families apart, too. A delicious sauce yes, but a destructive one at that.

Like going travelling or having a baby, when revealing that you're planning to make Christmas dinner for the first time, people - like, even random strangers - will always want to get their two cents in. Many will give you advice on the turkey, but, as we've learnt, the turkey is a lost cause, so just forget about the damn turkey, alright? You need to concentrate all your efforts on the potatoes, because they are the unsung star of the show. No pressure, but everyone's going to be judging you on your taters. Everyone has an opinion on how to cook them, and if you get it wrong they're going to tell you that if you'd just done it their way, you wouldn't be having this emotional meltdown right now. But it shouldn't be this hard. I mean, it's just boiling a bunch of potato and then putting them in the oven with some oil, so why is it SO. HARD, TO GET. RIGHT?
​
The key is getting them really crispy. Do this and you'll be a god among men. Serve up some mushy beige fella and you'll never live it down. So yes, when the potatoes are good, they're goooood. But get it wrong, and your uncle will be dining out on that story for years to come.

As meat wrapped in more meat goes, pigs in blankets are the best of the best. PIB are literally a vegetarian's worst nightmare, but for everyone else? They're the dream. The beauty of these pork-on-pork mouth pops is that it's the only part of the dinner that doesn't warrant a strategic 'how to cook' google search. You just know how to cook them instinctively from all those hangover breakfasts you've made. They are always the tastiest part of the whole meal, which is why you need a whole tower of these meaty treats, because they are in high demand at every dinner table. Too much is never enough.

What's your favourite part of a Christmas dinner? Let us know! @sofeminineUK

This Wine-Dispensing Stocking is All You've Ever Wanted for Christmas

​​17 Amazingly Yummy Ways To Pimp Your Yule Log This Christmas