Home / Food and Drink / Desserts / Does Music Change The Way Our Food Tastes?

Does Music Change The Way Our Food Tastes? 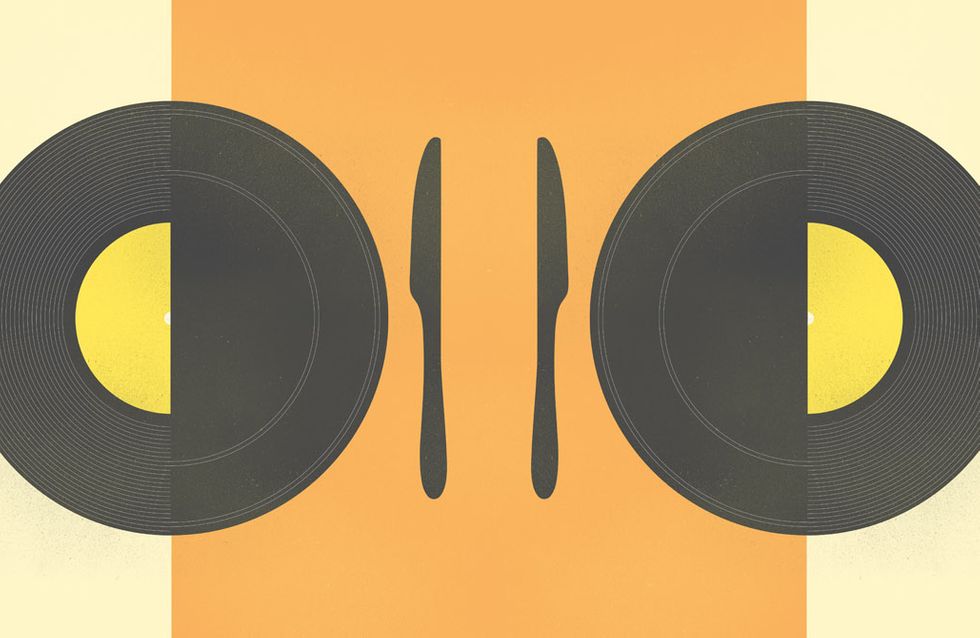 Everyone knows that when you go out for dinner, the better the atmosphere means the better your meal will be - bad surroundings can leave a bitter taste in your mouth. But how much of that is down to the music they play? Would the food at your fave restaurant be held in a different esteem if, instead of playing soft piano, they chose heavy rock? Of course it would, because taste and sound are more closely linked than you might first realise. Thanks to Cadbury, you can now test this theory.

When it comes to your relationship with food and music, it all comes down to a matter of taste. Turns out now it's not just about your taste in music but the taste of your music. You know how chocolate tastes so much better when you're chillaxing, listening to a bit of Beyonce? Well, there may be more to that than one would first think.

Cadbury have teamed up with the London Contemporary Orchestra to take your love of the sweet stuff to the next level. After conducting their own research, they mixed bars (of chocolate) with bars (of music) to work out which types of chocolate taste best with certain kinds of music, in a bid to make your favourite bars taste even better - if that's even possible, right?

Similar experiments have been conducted before. Everyone's favourite wacky chef, Heston Blumenthal, tested the taste of oysters by pairing it with the sound of crashing ocean waves, and found that the oysters tasted 30% saltier than when he paired them with a recording of barnyard animals. Experimental psychologist Charles Spence from the University of Oxford also attempted to pair coffee with lower and higher pitched sounds. But none of those are as fun as eating a shed load of chocolate in the name of science, are they?

Research has shown that when it comes to a sonic seasoning, high pitched sounds are associated with sweet and sour flavours, whilst low pitches are connected to bitter tastes.

After a dreamy delivery from Cadbury, we were ready to get down to brass tacks with this whole sonic pairing. This was about hard work; we had a job to do, and thus is how we treated it. Here's me, taking work very seriously:

THANK YOU FOR MAKING ALL MY DREAMS COME TRUE @cadburyuk

We took squares of each chocolate - ok, more like 6 squares - and, with the help of the Cadbury's Flavourites soundtrack, attempted to listen to our food.

We started with a classic: the Dairy Milk bar. The sound snippet was low with a steady, relaxing base and the odd twinkle - the kind of music that would accompany a walk in a Disney forest. It was perfectly paired, bringing out the smooth richness of the bar. Each flavour bar has been paired for you by experts: the higher pitched pieces complimenting crunchy textures like the Daim and Crunchie bars, whilst mellow sounds are perfectly paired with spongey textures like the Oreo or Caramel bars. Upbeat music was paired with the smashable Jelly Popping Candy Shells, with felt like it really worked, but it's not often you get popping candy in chocolate, so that may have been a fluke on account of experiencing exciting kid's candy for the first time in years.

It's an interesting experiment, and it really felt like it was enhancing our culinary experience, but we must admit, sometimes it is a little hard to tell whether it's working, because what could be better than eating chocolate and listening to soothing classical music at work? We suggest you give it a go - I mean there's not really a better excuse to treat yourself to every single chocolate bar Cadbury has going, is there?

What do you think of the experiment? Let us know! @sofeminineUK

40 Coffee Memes All Caffeine Addicts Will Relate To