by Lareese Craig Published on 19 September 2017

Holly is worried that Cleo isn’t up for Tanzania as much as Joel. She later finds Cleo crying in the bedroom.

Sally lies to Myra about a leak in the flat, hoping to move into the McQueen’s because she’s lonely. Myra admits that she’s lonely too and they agree to be there for one another. 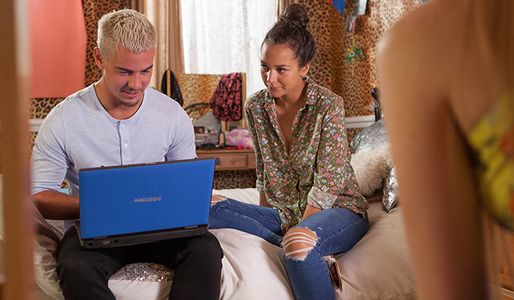