by Stephanie Ashley Published on 7 April 2014 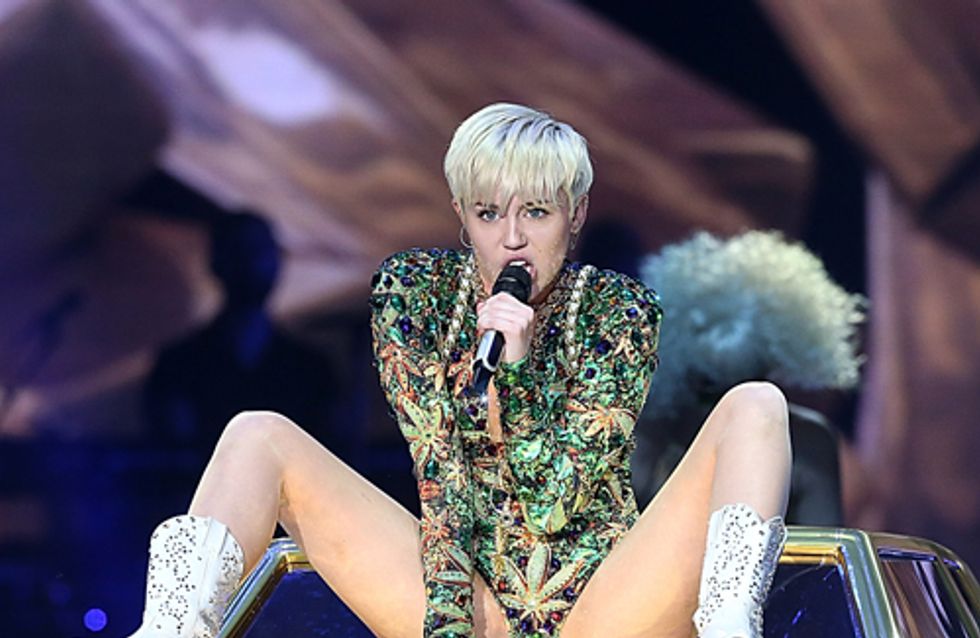 If you've had the privilege of attending (or were dragged to) a Miley Cyrus' Bangerz concert, it was probably a night you won't soon forget! Giant dancing bears, a blow-up hot dog and the twerking queen herself? This tour is not for the faint of heart!

When you go to a (post-Hannah Montana) Miley concert, there are a few things you can always expect: skimpy costumes, cursing, and at least one country song. There were a few things, however, that we did not expect.

You may think a Miley Cyrus concert is the last place on earth for great reflection, but it is definitely a time when you learn a thing or two about life. Here are some of the things we learned from the Bangerz tour concert, to name a few.

1. Don't Take Your Child To A Miley Concert.

There are those times in life when, even if you're not a parent yourself, you realize the people around you are doing this whole parenting thing completely wrong. When you see a ten-year-old girl in her cute pink outfit dancing along while a twenty-something pop star is imitating sexual acts on stage, you know something has gone terribly awry.

Word to the wise, parents: if your child is too young to know about sex and drugs, a Miley Cyrus concert is no place for them.

2. There Are VERY Few Places This Hairstyle Is Acceptable.

NO ONE can pull off this hairstyle, not even Miley (sorry!), but it was the most popular hairdo at the concert. We hope Miley hasn't popularized the hairstyle so much that people go to the club like this...

3. When You Enter An Arena Full Of Balloons, You Know It Will Be A Party.

While the concert was no place for children, the arena still looked like a little girl's princess birthday party come to life. Multi-colored balloons hung from the ceiling all over the arena, and when Miley herself finally came out on stage, giant balloons were released over the ground floor of fans.

No matter what age, everyone loves punching a balloon into the air in a mosh pit of similarly-minded party-goers.

4. You Want The Girls Of Icona Pop To Be Your Best Friends.

If you don't know who Icona Pop is, you certainly should! Not only was their hit "I Love It" everyone's 2013 summer jam, but they were also one of the two warm-up acts for the Bangerz tour. Their outfits rivaled even Miley's in the daring category, and they knew how to rock an arena full of people.

These girls are the only ones who can blow a kazoo into a microphone and make it sound good!

5. Just Because You Have A Great Voice Doesn't Mean You're A Great Performer.

Sky Ferreira was the second warm-up act, and honestly, most people did not know who she was when she came out on stage. Half the arena sang along with her, while the other half almost fell asleep during her set.

Now that has nothing to do with her singing chops; Sky can belt it out right alongside the best. But, unless you're one of the big greats, just standing behind the mic stand and singing your songs won't rile up a crowd of thousands.

Miley catches so much flak for her edgy (and scandalous) fashion sense and outlandish performances, that her vocal abilities are often overlooked.

However, when she took a moment to sit on a bar stool and cover Bob Dylan and Dolly Parton songs, she proved that she's got the musical talent to back up her crazy stunts.

When in doubt - bring out the fluffy bear and dog suits! Even if you think the neon-colored dancing animals are way too weird, they are still guaranteed to make you crack up laughing.

8. When At A Miley Concert, ANYTHING Goes.

The most commonly asked question at a Miley Cyrus concert? "What is that?!" From a huge version of Miley's dog (RIP Floyd) to a giant bed from which scantily clad back-up dancers randomly emerge, anything is allowed! (Oh, and that strange smell in the crowd? You know what it is.)

Near the end of the show, Miley left her audience with an important piece of wisdom: "Always end the night on a great big wiener!" Yes, she really went there. Not only that, but she rode off stage on a giant hot dog.

After flying away on a huge wiener, fans were left standing there, knowing the show wasn't actually over. She hadn't played the two songs everyone came for ("We Can't Stop" and "Wrecking Ball")!

For almost five straight minutes, not a single person left the arena, and everyone was rewarded when Miley returned to sing her two anthems. Thank you, twerking queen!

Have you been to Miley's Bangerz concert? What's your fave Miley moment? Tweet us @sofeminineUK!

Nakedness
by the editorial team

Jennifer Garner and Ben Affleck
by the editorial team