by Emmy Griffiths Published on 13 November 2014 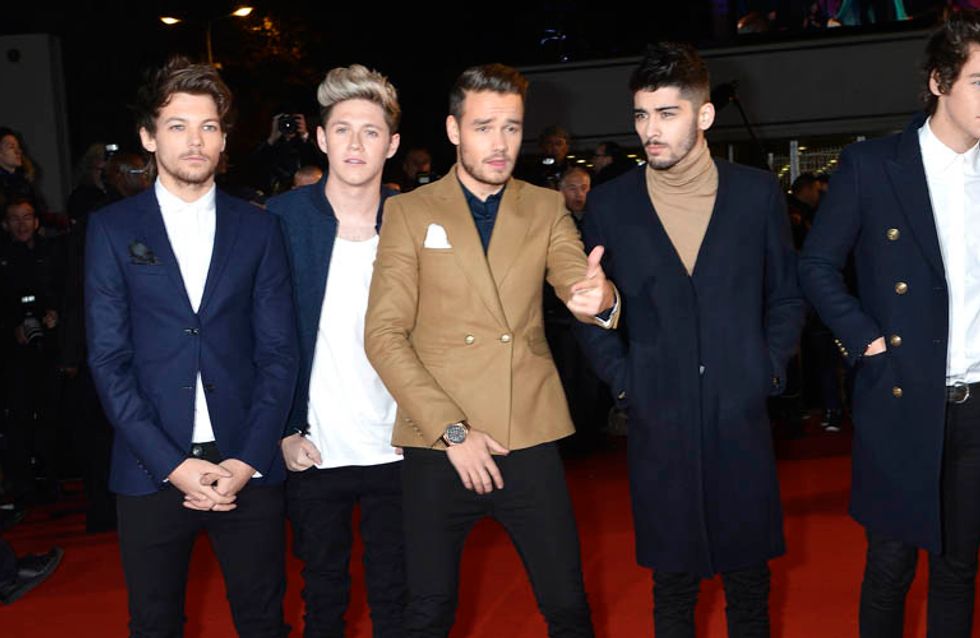 We've had a sneak peek at One Direction's new album, Four, which will be released next week on November 17th. After squealing, running around the office and manically tweeting, we finally sat down and gave the thing a listen. And we are here to tell you that it is AMAZING. Here's what we learned from the new era of everyone's favourite boyband...

1. The boys can hit a PITCH

Long gone are the days when the boys had patchy X Factor first auditions vocals. Their voices can hit a PITCH now.

2. They don’t shy away from romance

Their style might have seriously grown up since ‘You Don’t Know You’re Beautiful’, but the boys still know how to speak to their huge, female majority fan base. As in, ‘all-your-fanfiction-is-about-to-come-true’ romantic.

3. There are going to be some KILLER hits

You know by the album’s up tempo, energetic tone that this is going to played in more than one club, and people are going to LOVE it. We guarantee that they’re looking at hit after hit.

4. They are a long way from being over

All rumours that 1D may have ran their course, or that the group will be splitting off are completely unfounded. We don’t want to get too fangirly (actually, yes we do), but they can't finish whilst they're STILL THIS GOOD.

5. There are a few first wedding dance belters in here

As you can imagine since it was written by Ed Sheeran, 18 is just the right amount of lovey dovey that we’ve already prepared it for our next break up so we can listen, eat ice cream and cry bitter tears…

6. They have a bunch of people helping out

7. They are starting to experiment with style

Although 1D’s usual style are harmonised songs about love and living whilst they’re young etc etc, and don’t get us wrong, A LOT of the album is in that style, the boys have definitely started branching out and trying new things that you’ll be clapping along to in no time.

8. We think hope some of it miiiight be related to their real life

Some songs tell stories of old relationships, and we’re REALLY hoping the group have done a Taylor Swift and it’s art imitating life. Because fake relationships are just the sort of gossip we ALL want to know more about…

9. They’re starting to get a little deep

“We’re only getting older baby/ and I’ve been thinking about you lately/ Does it ever drive you crazy/ Just how fast the night changes.”

It’s universally catchy, fun and well-written. We’re on board. Four for the win!

Are you looking forward to the album release? Tweet at us! @sofeminineUK!

The 12 Most Sexist (And Offensive) Lyrics By Artists You Love