by Emmy Griffiths Published on 12 November 2014 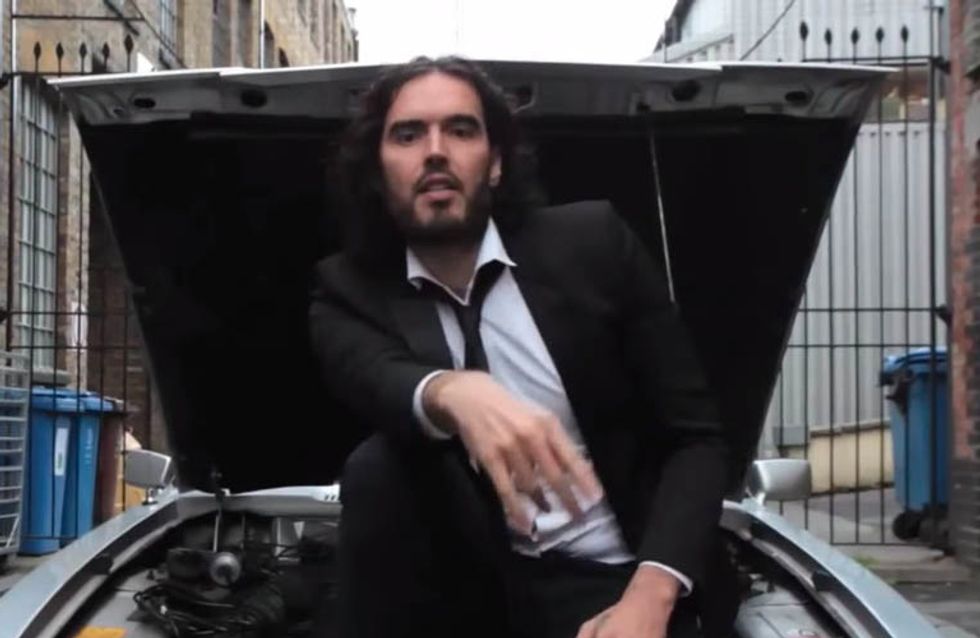 Russell Brand is quite the controversial figure at the moment. Whilst some love him and his highly elaborate verbal dexterity as he calls for a total transformation of the Government (viva la revolution!), others think he's just a jumped up celeb who doesn't have a clue what he's talking about...and this side have enjoyed taking the p*ss...

It was recently pointed out online that Russell's Essex boy accent makes it sound like someone is about to pop up and sing "PARKLIFE" behind him, and the Internet quickly took the meme for it's own. Observe:

However, the cheeky comedian has quipped back to those mocking him with his own, frankly hilarious video in which he quickly sums up his political point of view with "PARKLIFE" popping up every few seconds. We might not agree with everything Russell says or does, but this reaction was simply genius. Check it out:

I'm A Celebrity...Get Me Out Of Here Cast Confirmed: Meet This Years Celebs!