15 Amazing Shows To Watch This Summer 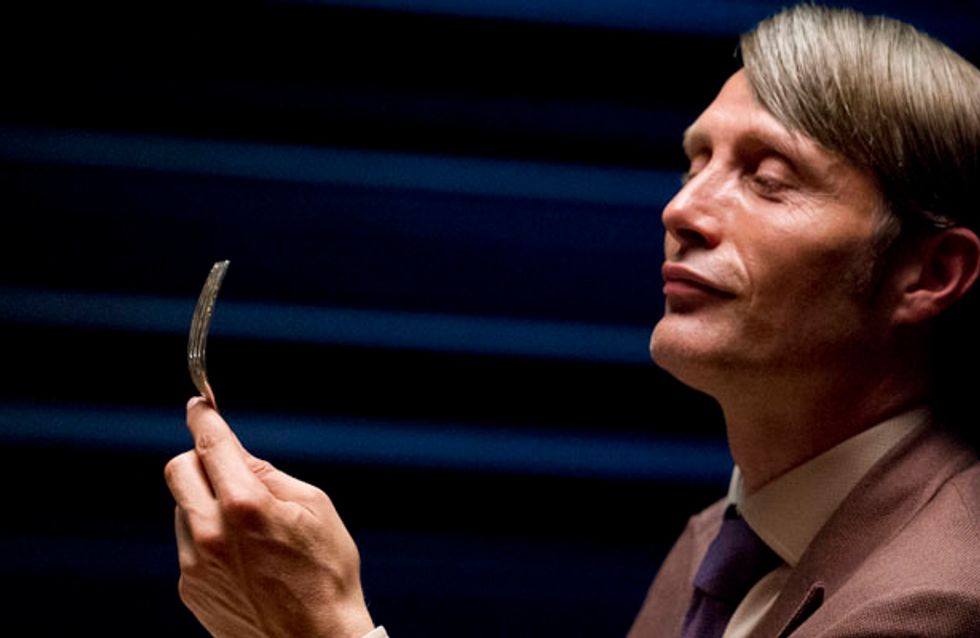 From tried and tested favourites to movie spin offs to brand new shows, television is looking GREAT this year. From gory horrors to crime dramas, we've listed all the shows we are counting down to. Check it out...

Hannibal’s season 2 finale left our heroes in a bit of a pickle: Will was knifed in the stomach whilst trying to staunch Abigail’s throat, Alana has been pushed out of window, Jack was SERIOUSLY messed up in the kitchen, and Hannibal just walked away from the carnage as cool as a cucumber. So who survived? Where is Hannibal? We can’t wait for our questions to be answered!

If you're a fan of horror, this one is definitely for you. Season one was filled with more supernatural gore, and season 2 promises to be NO different!

Orange is the New Black – season 3

Right about now Lichfield feels like home. We love the inmates, and we love the idea of shutting ourselves in our room until we have absorbed every sweet new episode as they all drop at once. Bring it on.

We’re a little dubious about the anthology series. Season one starring Matthew McConaughey and Woody Harrelson was amazing, but the game has totally changed. Will it measure up? Looks like we’ll find out in June.

Teen Wolf might have a silly name, but it’s four previous brilliantly reviewed seasons and it’s fiercely dedicated fanbase means that this supernatural series about werewolves is not to be ignored. It sounds like season 5 will consist of Scott and the gang looking for Malia’s mother, the Desert Wolf, and the trailer hints at some pretty creepy doctors as this year’s big bad…

Rectify is a relatively unknown (but critically acclaimed) show about a man named Daniel who was imprisoned as a teenager for the murder of his girlfriend, only to be released over twenty years later. We’re still not sure if he did or did not do it (though we’re leaning towards innocent), but the force of the characters in this drama is more than enough to keep us hooked.

The movie that launched a thousand sequels is now returning as a TV series. We can't help but wonder how long to formula for a masked murderer will last for, but count us in for season one!

I’m Chuck Bassss. Wait, no he’s not. He’s a sexy serial killer who stabs girls on one night stands. And the cops are onto him.

Following Bradley Cooper’s freaky 2011 movie about a pill that can unlock limitless (geddit?!) potential within you, this show has a star studded cast (Jennifer Carpenter! Cameos from Bradley Cooper himself!) and looks pretty awesome.

A fraud investigator gets taken for all she’s worth by her fiancé. That’s her personal and financial life ruined, so all she has left is keeping her career intact. Being a fraud investigator, this means tracking down the man who ruined her life. We’ve already booked time off work for this one.

A Mayor’s son who went missing ten years ago shows up on a motorway, traumatised. The family are delighted that he is back, but is everything really as it seems? From the trailer, this looks to be creepy AF.

A spin off from the critically acclaimed movie with Tom Cruise sees the pre-cogs trying to live normal lives, despite continuing to see murders before they happen. One of the twins plays the protagonist who teams up with an FBI agent to prevent the crimes he can’t help but see.

Eight people randomly start having visions of each other. Think Heroes, but cooler and on Netflix so you know that sh*t’s going to drop all at once. Count us in.

This is a bit of an odd one. A girl shows up naked in the middle of Time Square with no idea who she is or why she is covering in tattoos that seems to be clues leading to a crime. Seriously, why not just get in touch with the police? Is this really necessary?!

In a town in the USA, everyone over the age of 21 drops like flies due to a mysterious illness. Quarantined by the Government, the fate of the town rests with the young adults. We'd like to think they'd set up a temporary government and make a good name for young people everywhere, but we assume the reality will be utter carnage.

Available on Netflix: May 21st

Daytime Television That Will Make You Sad To Be Human