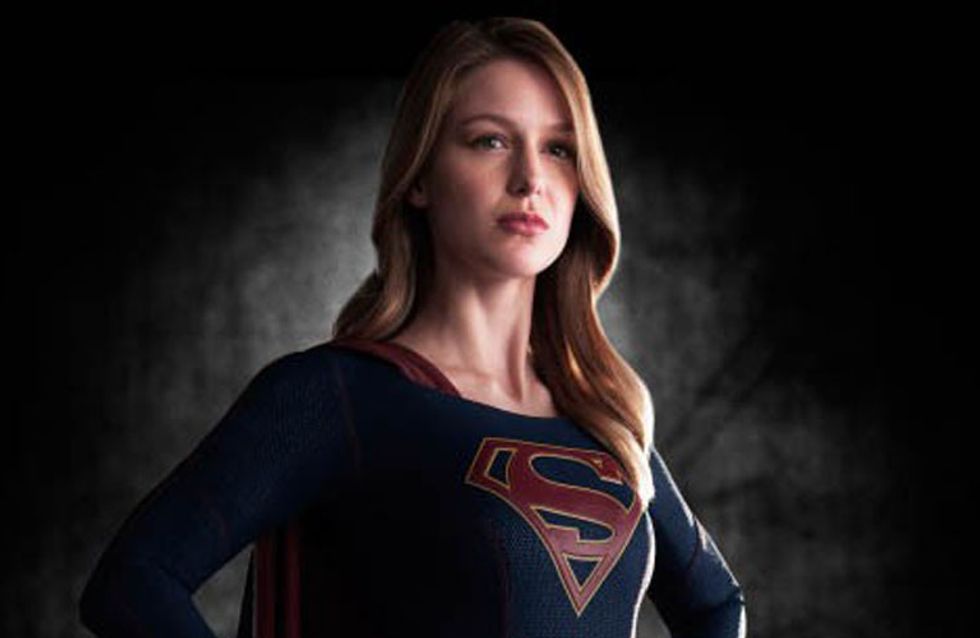 The Flash. Arrow. Daredevil. Smallville. All of our favourite superhero shows have one thing in common: we’re all rooting for the main guy whilst the girls take a back seat, either playing the role of the plucky yet ignorant best friend, or the nurse to help out when the hero is in danger, or simply just to be the damsel in distress (we’re looking directly at you Lana Lang). But now DC Comics has introduced an superhero show with a female lead, and we’re delighted to say it looks AWESOME…

“My cousin Kal El was sent to a planet called Earth. You may know his story. But you don’t know mine.”

Hell yeah we know his story. Over the years Superman has boasted of a highly successful TV show Smallville, which went for ten seasons, not to mention the countless movie series (even though Man of Steel was pretty rubbish), merchandise and computer games, all focused on good old Clark Kent. Not that we don’t love Clark, it’s just that his cousin has all the same powers as him but none of the intrigue and it was about time this stopped!

Kara may have made an appearance in Smallville, but this time it's the real deal. Glee actor Melissa Benoist plays the bespectacled and quirky pushover working in an office in Metropolis who is secretly virtually indestructible and can fly.

We’re not going to berate the fact that the last and only film for Supergirl was in 1984, we’re just pleased that a female led superhero show has finally been made, AND it looks absolutely fantastic. Check it out…

We love it. We love the b*tchy boss, we love the sisterly vibe, and we’re already fairly in love with Kara and her feminist vibes: “Supergirl? Shouldn’t it be super…woman?”

It's also pretty clear that DC Comics is taking a break from its usual tradition of making everything so dark and gritty you need to turn the brightness up on your screen for a little light comedy. Also known as the Marvel way. We're pretty excited about checking out the lighter side of the DC Comics world!

Supergirl will be debut in November but we're already SO ready. As Elastigirl once said: "leaving saving the world up to the men?! I don't think so."

Do you think the show looks good? Tweet us @sofeminineUK!

16 Things All Fans Waiting For Sherlock Know To Be True