15 Bands We Would Love To See Make A Comeback

by Emmy Griffiths Published on 7 February 2014 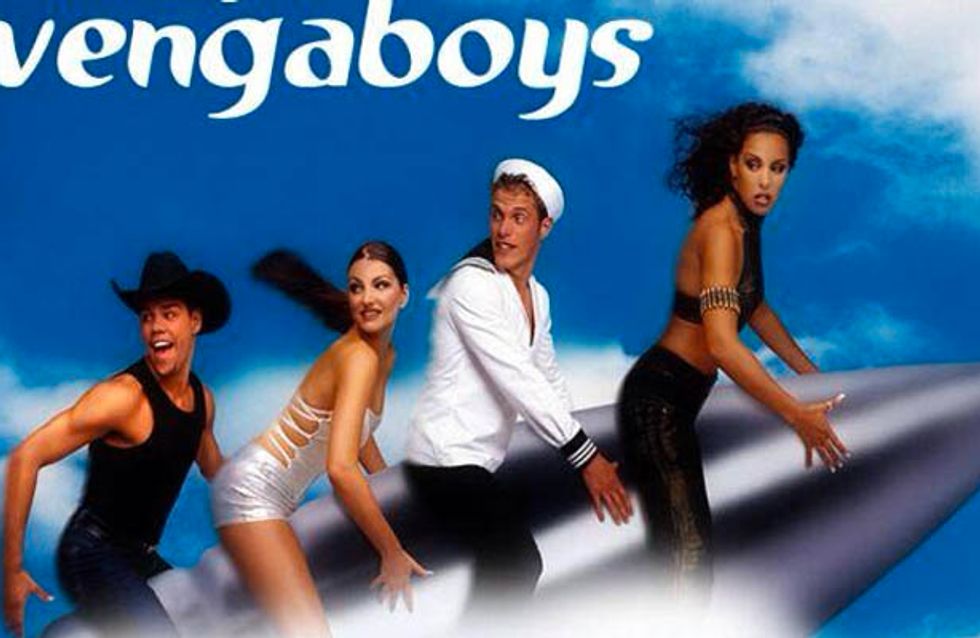 Get ready to be filled with fond memories from a time when dance pop reached it's peak and was rife at school discos and we assume clubs too? Was The Spice Girls played in clubs instead of Pitbull? What would that even be like? We’re not sure if a lot of our favourite pop bands were especially good, but they still took a hold of our hearts and REFUSED TO LET GO. The Big Reunion might be helping certain bands, but we have other ideas of who we’d love to see make a return…

We know they’ve performed a couple of impromptu performances since splitting, but we want a real reunion. Like, performing every single song including the ones that told a story and made us cry. Tell us a story again girls!

Vengaboys! We have a question for you. Do you still like to party? It is the question everyone needs to know. WE NEED TO KNOW.

Aqua was perhaps the definition of 90s pop. Their most famous song Barbie Girl landed them in court when Mattel complained it had damaged the dolls image. The Judge genuinely concluded his opinion by writing: “The parties need to chill.” The nineties guys. Even the judges were cool.

We’re talking about a full all seven members arena tour. Please. Not this S Club 3 nonsense (which consists of Bradley, Jo and Paul) that has been touring universities. Not Tina’s attempt at a solo career. We want to be entertained, not depressed.

Daphne and Celeste were so flipping sassy. They had no problem telling you where to go, and more importantly, if you were U-G-L-Y, and we admired them on their candidness and bravery.

Come on Cleopatra, come at us again! One day they were comin’ at ya, the next they disappeared off the face of the earth. We miss them. It’s time to return and face your destiny.

We never got over Stephan Gately’s death, especially as Boyzone was such a huge part of our childhood. We can’t deny what we believe, which is DEFINITELY that Boyzone shouldn’t have ever broken up in the first place. We know our love’s forever, no matter what.

Why hasn’t this happened yet? These girls were the best! They were on the soundtrack for The Beach, which is a legitimately good film! They were intense. Serious artists, some would say. Just look at how seriously they’re looking at the camera in their video for Never Ever…

S Club Juniors was probably the most controversial and ground breaking band of their time. We kid. They might have been, well, rubbish, but you can’t deny you don’t know every word from One Step Closer. It’s part of who you are now.

Do you know what a scrub is? Also known as a buster? No? Better bring these girls back so they educate us all again because trust us, you don’t want no scrub.

Did we know what Flip Reverse it actually meant? No. Would it put us off loving Blazin Squad if we did know? Probably not.

These guys were so underrated! The girls could reach such high soprano notes! The boys were so cheeky and fun and wanted to give us diamonds! Our love for you will never end Big Brovaz.

We know that Gwen Stefani has inexplicably remained the exact same age since No Doubt, but her music has definitely slid (except Hollaback Girl, obviously. What a tune). No Doubt definitely need a reunion tour. That would be bananas. B-A-N-A-N-A-S.

Have to save the best till last, right? These guys were all incredible. It wasn’t just Justin Timberlake. Though it was mostly Justin. Also…does anyone find it really awkward when no one wants to be Joey’s girlfriend?

Did we provide every band you wanted or more? Did we miss any? Tweet us @sofeminineUK