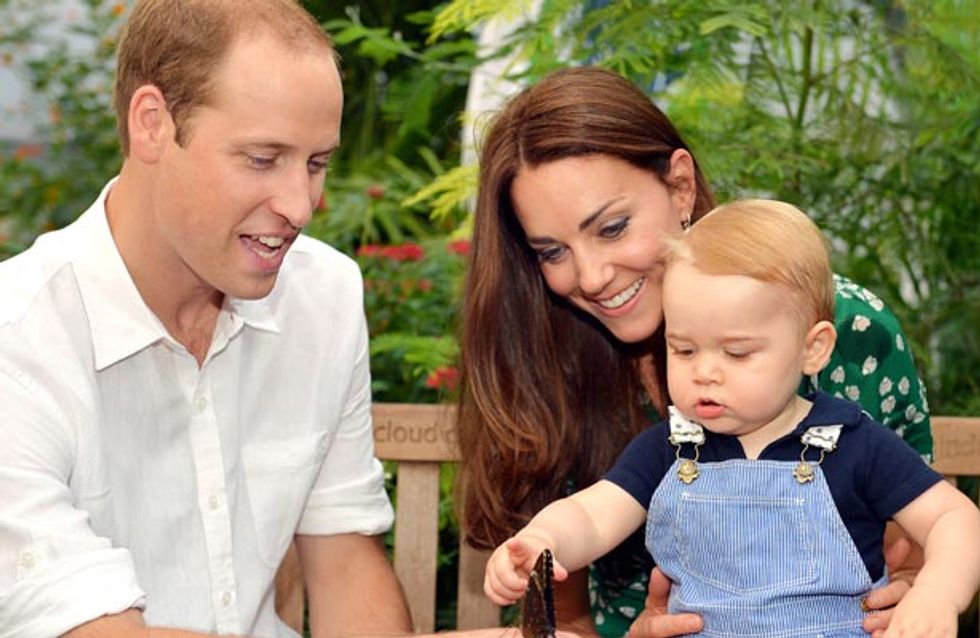 Happy 1st Birthday Prince George! What a year it's been for the bambino since he was born and declared the future King of us all. Now that One is finally one, we've reviewed his Royal Chubbiness's first year and found that living in a palace and getting a steady stream of gifts from over 48 countries is hardly scratching the surface of George's charmed life. Honestly, ours hardly measures up in comparison. Needless to say, we are not amused.

1. Prince George is actually allowed to refer to himself in third person. You know, if he could talk

We, on the other hand, would be sectioned. Sniff.

2. He’s already flown around the world, and literally could not care less

3. He has Kate Middleton’s undying love and devotion, which is all we want in this life

4. He also has access to her fabulous wardrobe, and her unearthly voluminous hair

5. Oh, and he gets kisses from Prince William. FML.

6. The beloved Prince can’t just play with any old toy

And no one can even give him sh*t for it BECAUSE HE IS A ROYAL BABY.

7. His presentation to the world might as well have been the opening scene of The Lion King

8. He already has a pet dog

All we want is a friendly pal to take for walks and make YouTube videos of, but our teeny weeny flat won't allow it. George gets one FROM BIRTH.

9. He gets away with all sorts of sh*t

10. His Great Grandmother is freaking fabulous

You know most Grandma's make biscuit displays and play bingo? His runs a COUNTRY.

11. He and his mother could be freaking models

This is the walk that's going to make me famous!

13. Kate and Will are his parents. Enough said.

14. WAIT NOT ENOUGH SAID. This is also his Uncle

15. But we can't stay jealous of him for too long. He's too darn cute for that!

16. We'll just have to continue living through him like the peasants we are. Happy Birthday George!

Want to wish the little Prince a happy birthday? Tweet us @sofeminineUK!

Prince Harry jokes that Prince George is a “screaming child”

by Emmy Griffiths 706 shares
For all the best videos, memes and shareable news!