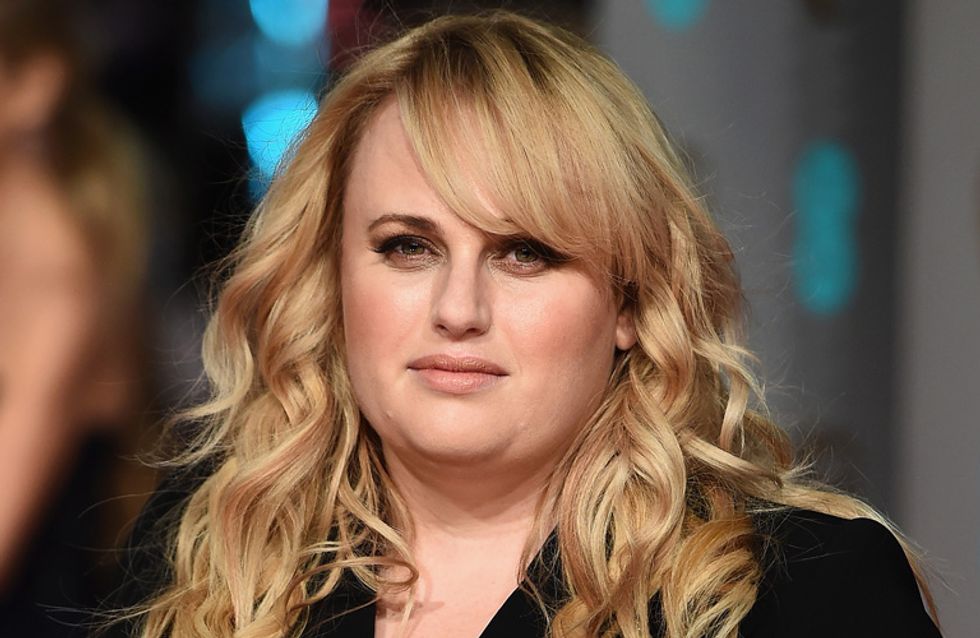 We all know that Rebel Wilson is utterly hilarious in movies like Pitch Perfect and Bridesmaids but it's her behaviour outside her film career that has us fangirling all over her. She's smart, totally gorgeous and actually defies the Hollywood stereotype for a change ALL while being a sassy Queen in handling whatever 'scandal' comes her way. We're pretty sure we should all aspire to be Rebel (or at least her friend or perhaps work under her as some sort of PA?)

2. She goes with the flow

3. She responds to rumours in the best way

A recent report suggested that Rebel Wilson is not really named Rebel and is 35 rather than 29 as she claimed. Rebel's response was outstanding:

Okay but all jokes aside now...my real name is Fat Patricia x

4. She takes selfies with what we assume must be an ACTUAL UNICORN

5. She likes a good mystery

I saw a sign that just said NUTELLA with an arrow. So I followed it.

7. She's lazy the same way we are all lazy

Who can train for a marathon? I'm currently training to be able to blow dry AND straighten my own hair without having to take a break x

9. She understands the importance of television

When the cable TV stops working, so does my niceness x

10. She's the voice of truth in many a situation

11. She recognises her potential

12. She's pretty casual about everything

I don't know how, but I just strained my thumb eating an ice cream sandwich x

14. She can pull off a solid one-liner

15. She is pretty much all of us with this tweet

I don't put body lotion on until after I've weighed myself coz I feel like that could make a huge difference...

16. She has a REBELlious side

Only burnt 1 tit with our illegal fireworks display x

18. She's all about going after the right part

19. She's not afraid to ask Zefron questions that REALLY matter

20. She has the same 'morning after' problems as us

The Instagram caption read: "You know you've had a big night out when this is the image you wake up to x"

21. She knows what Tumblr is

ONE OF US ONE OF US

22. She can keep a straight face, no matter what

23. She shares our complex mix of favourite things

Are you a fan of Rebel Wilson? Tweet us @sofeminineUK

Can We Talk About Miley Cyrus' Tribute To Her Dead Fish Please?