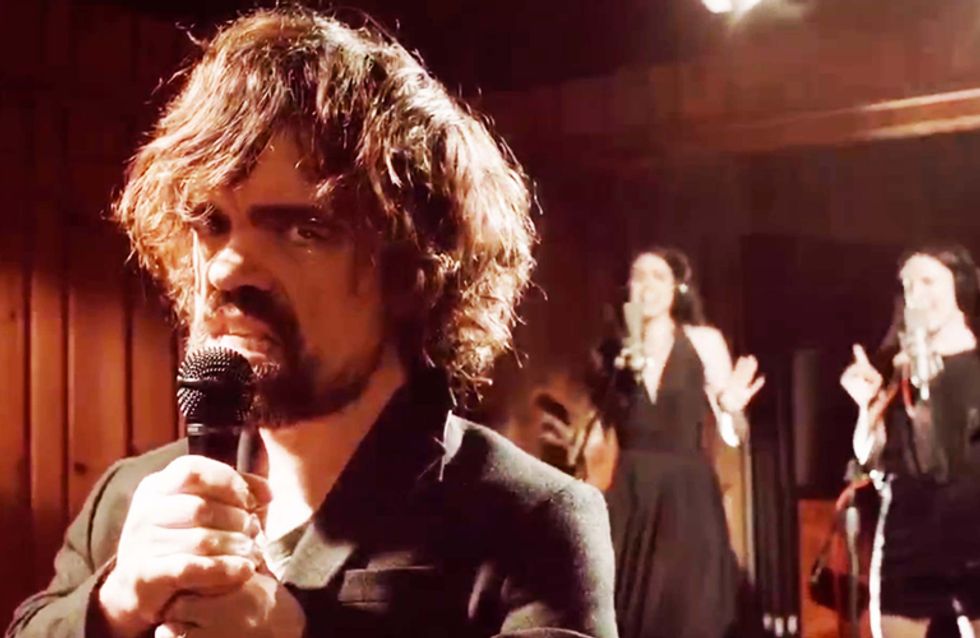 Peter Dinklage took to the stage to pay homage to all the dead characters of Game of Thrones (whilst celebrating that he is still alive of course), and we absolutely LOVED every moment. Can the GoT cast pull a Glee and take this on a Nationwide tour? SHUT UP AND TAKE OUR MONEY.

Teaming up with Coldplay for Red Nose Day, Peter Dinklage was so freaking cool with his backup singers and his smug tune about how he is still on top in the show. We're so glad he's got some new material, especially when THIS is the first thing you found if you searched for a Peter Dinklage song yesterday:

​Peter brought up all the old loved (and not so loved) characters who met their untimely end on the show, singing: "Remember Ned Stark he was a lot of fun, but he didn't make it past season one. Robert Baratheon was part of that crew but he never made it to season 2."

He then went too far. TOO FAR:

"The King of the North was cool you said, another favourite that ended up dead."

Wow Peter. It's too soon to sing jovially about the Red Wedding. It will always be too soon.

Check out the video below and confirm what we all know to be true: Peter Dinklage is one smooth mofo.