by Dagney Pruner Published on 1 April 2015 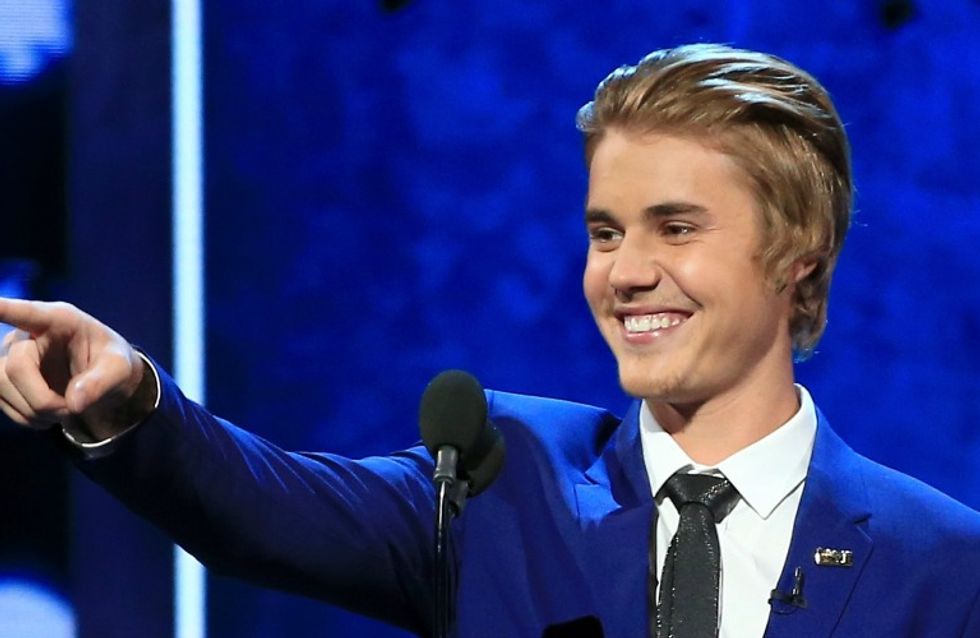 I'd like to think I'm confident enough to sit on stage in front of hundreds of people and have some of the highest paid comedians in America make relentless fun of every poor career and romance choice I've ever made. But let's be honest, you have to have skin thicker than Kris Jenner's Botox filled epidermis to survive a Comedy Central Roast with a smile on your face. So for that, we salute you and your photoshopped biceps, Biebs.

The simple fact is that people love hating on Justin Bieber because it's unbelievably easy to do. He was a multi-millionaire from Canada by the time most people had figured out what a wet dream actually was. If you've ever seen the tear-jerker documentary of Bieber's rise to fame Never Say Never, then you know that he's insanely talented. But thanks to some sleeve tattoos and a bank account with more zeros than the cast of Made in Chelsea, Biebs' reputation has managed to take a turn to douchetown. Despite having one of the biggest hit songs so far this year, being in Vogue this month and having his own Calvin Klein campaign, here is why it's so LOL-tastically hard to root for the Biebs. Warning: there is no sexist, racist or mysogynistic stone NOT unturned:

1. "Justin, you have it all—except for respect, love, friends, good parents, and a Grammy." - Chris D'Elia

So sad, yet so true. See, it IS possible to take pity on a kid who will have more Ferraris then you will have boyfriends.

2. "Face it, Biebs, you've become a cocky little shit. You are the King Joffrey of pop." - Jeff Ross

That is basically the worst thing you could ever say about somebody. JOFFREY SUCKS.

3. "I hate your music more than Bill Cosby hates my comedy." - Hannibal Burress

Because if there is ever a place where Cosby jokes don't fall in to the "too soon" category, it's a Comedy Central Roast of Justin Bieber.

4. "Justin Bieber is a man...a man who sings songs for nine-year-olds and cuts his hair like a gay figure skater." - Ron Burgundy

I have always wondered how to best describe Justin's haircut, thank you Ron Burgundy for putting it so accurately. Stay classy, San Diego.

Honestly, the fact that Orlando even got worked up about the Justin-Miranda Kerr rumors shows how insecure the elves of Middle Earth are, pull it together, Orlando. He was about half her height when they met, at MOST he probably just motorboated her.

6. "Justin Bieber has tens of millions of fans. Most of them are either in middle school or standing 500 feet away from one." - Kevin Hart

Seriously though have you seen these Beliebers? They are cry at the first sighting of Biebs' floppy hair.

7. "Justin has a tattoo of Jesus on his calf. Why you gotta bring Jesus into your mess? The man has suffered enough." - Shaq

A Jesus joke, just in time for Easter! YOLT: you only live twice.

8. "Justin's fans are called Beliebers because these days it's politically incorrect to use the term retards." - Natasha Leggero

The sh*tstorm of angry tweets this caused was one for the books. I haven't seen Beliebers this pissed since Scooter Braun decided to get married.

9. “That’s right, Selena Gomez had sex with this guy…proving once again Mexicans will do the disgusting jobs Americans just won’t do.” - Jeff Ross

Jeff Ross' ability to look at the line, think about crossing it, but stay just on the side of funny instead is just impressive.

10. "Justin, Selena Gomez had to f**k you. She's literally the least lucky Selena in all of entertainment history." - Natasha Leggero

Because there's no such thing as too many Selena jokes at a Justin Bieber roast. In case you missed the punchline, the other Selena that Natasha is referring to was the star of the Tejano music scene that was murdered by the founder of her official fan club. If you'd like the sparknotes there is a great movie of what happened starring none other than J Lo.

11. “Is it true you dumped her because she grew a mustache before you?” - Jeff Ross

Oh please, we ALL know Selena gets her mustache waxed. Honestly, she should take Justin with her next time.

Biebs wasn't the only one to get roasted though, in true roast fashion, there were daggers thrown in all directions onstage:

12. "Usually when I see this many brothers sitting together, Maury Povich about to open an envelope." - Kevin Hart

Honestly, Kevin Hart absolutely slayed it. He was hilarious and even managed to make a joke about t*tty f***ing Martha Stewart and she STILL laughed.

13. "Kevin, you are everywhere. He's actually going to be on the next season of Game of Thrones. He's playing Peter Dinklage's shadow." - Natasha Leggero

14. "Listening to you yell your jokes for the past hour is the hardest time I've ever done." - Martha Stewart

16. "People don't realize this, but those 'I Can't Breathe' T-shirts? They were about Shaq's last season on the Celtics." - Chris D'Elia

Too soon? Probably, but it's just too entertaining to make fun of Shaq.

17. "It's amazing to have Shaq and Kevin [Hart] here—is this a roast or is this Tyler Perry's Of Mice and Men?" - Hannibal Burress

Did you see Shaq walk past Kevin Hart? HOLY SHMOKES. I don't know whether it's shocking that Shaq is so tall or Kevin Hart is so short?

Is it the braids? Is it his slender frame? Is it his cute Warby Parker glasses that I want to steal?

20. "Kevin [Hart] was at my wedding because I needed a miniature black man on my cake, so thank you for that." - Ludacris

Quick, somebody start a Pinterest board of Kevin Hart themed wedding cake toppers.

Don't worry, the Biebs had his shots at the roasters as well:

21. "Luda and I spent a lot of hours making 'Baby' together. In fact, he told me it was the only baby he'd ever made on purpose." - Justin Bieber

RIGHT IN YOUR MUSH LUDA.

22. "Luda...I feel like I've known you my whole life, but that's just because you look like the Mr. Potato Head I had as a kid." - Justin Bieber

He really does, mustache and all.

24. "I'm new to comedy but here's a joke: What do you get when you give a teenager $200 million? A bunch of has-beens calling you a lesbian for two hours." - Justin Bieber

I'm sorry, that is absolutely hilarious. Good for you, Justin. I'm pretty sure I saw Shaq starring in a Rogaine ad last week, and let's be honest, Luda hasn't made a hit since 2001's Roll Out.

25. Martha Stewart with the EPIC finish...BOOM:

What was your favorite part of the #BieberRoast? Tweet at us! @sofeminineUK