5 Actresses Who Are Yalemates With Lupita Nyong'o 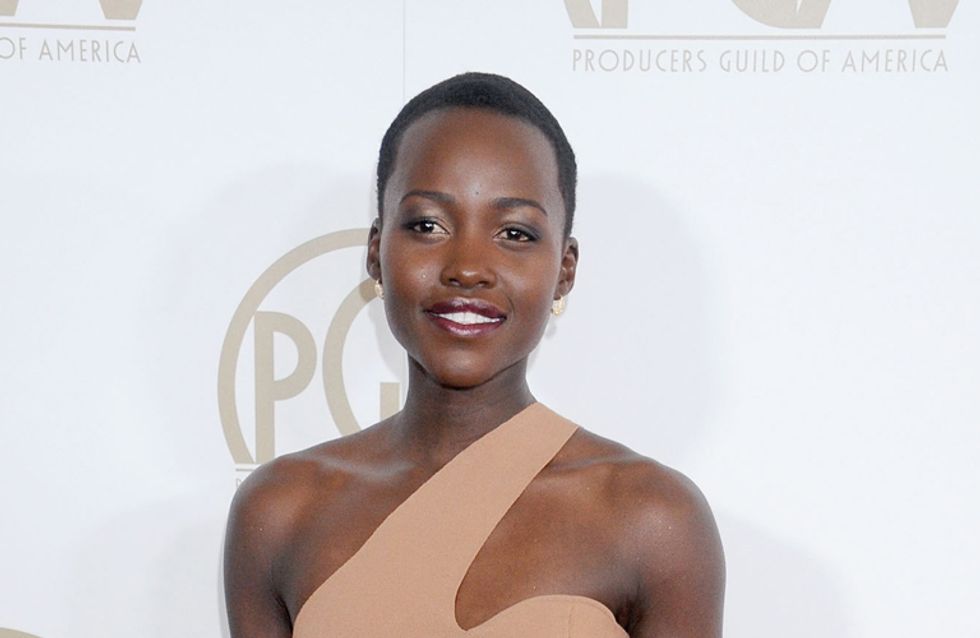 Let’s just admit it - we’ve fallen in love with Lupita Nyong’o. Between her on point red carpet style, breathtaking beauty, and talent, Lupita has made an incredible impression on us and her Hollywood peers. Yet, in her Oscar acceptance speech, she gave a humbling shout out to her grad school, the Yale School of Drama, reassuring everyone that instant fame hasn’t gone to her head.

The prestigious acting school might as well be called the Yale School of Future Fame, Fortune, and Acclaim because many of its alumni have gone on to be well-respected stars in film and television. We've compiled a list of award-winning actresses who hold the same degree as Lupita. Is it too late for us to go back to school...?

Does this woman need any introduction? Meryl overslept the morning of her law school interview and realized that the universe was trying to tell her that she didn't belong in the courtroom. And thank god, because honestly, moviegoers needed to see those cheekbones on the big screen. After graduating with an MFA from Yale, the unstoppable actress has become an 18-time Oscar nominee (surprisingly, she’s only received three golden men!) and has won over 100 - yes, 100 - acting awards.

Despite playing an angry witch hellbent on revenge in American Horror Story, Angela Bassett is so elegant you'll feel the urge to bow if you get the chance to meet her. She applied her teachings from Yale to turn out an Oscar-nominated performance as Tina Turner in What's Love Got to Do with It. She was also one of Lupita's first fans and correctly predicted that her fellow alum would get the highest honor from Academy this year.

Patricia Clarkson has a career all actors want, and she credits her time at Yale for stretching her as an actress. "I got to Yale and wore more fat suits and wigs than you can imagine," she told Screenwize in 2009. Clarkson shows time and time again that she's a fearless actress, and along with her several of her Yalemates, she received an Oscar nomination for her work in Pieces of April.

At 6'0, Sigourney's staggering height nearly stalled her acting career as silly casting agents weren't sure what to make of the commanding presence in front of them. Lucky for us, she was eventually offered meaty roles that earned her a ton of awards and - let's not avoid it - showed off her absurdly stunning figure in the now infamous Alien scene.

Taking a cue from the meaning of her name, "art," Sanaa got her fine arts degree in drama and has starred in a number of mainstream movies and television shows ever since. She was most recently seen in 2013's surprise hit Best Man Holiday and has done a lot of work in theater, including a Tony-winning performance in Cat on a Hot Tin Roof, but we'd love to see this classically-trained beauty in more projects! Definitely one to see more of...

Do you know anyone who can also call Lupita a Yalemate? Let us know! Tweet us @sofeminineUK