5 Unmissable Things You Need To Know From The Weekend

by Emmy Griffiths Published on 12 October 2015 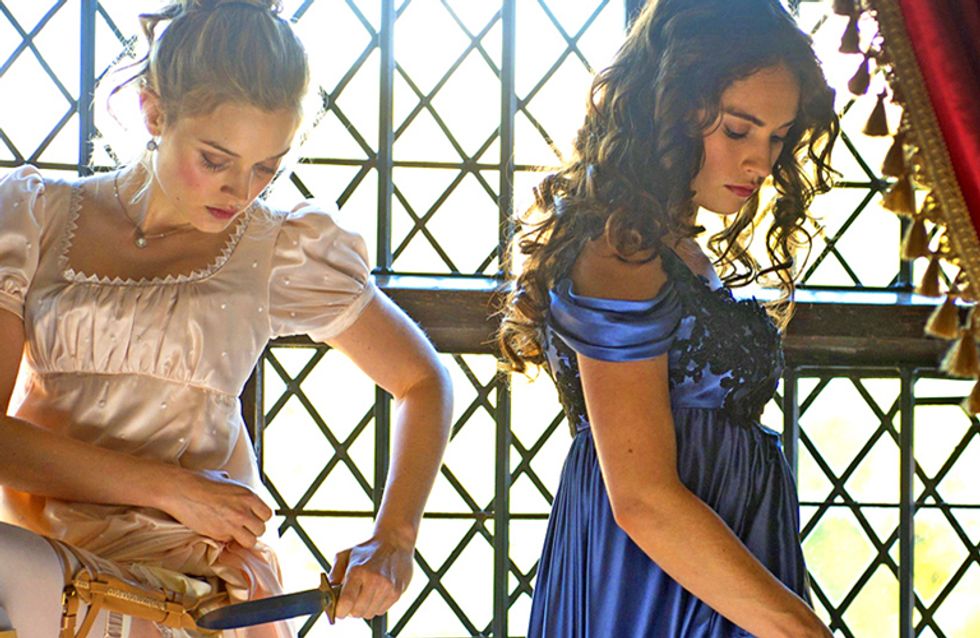 If you've had a busy weekend like us and are catching up with the goings on of the Entertainment world, look no further! We have put together the top stories of the weekend, so from new movie trailers to nostalgia trips to the latest on the Kardashians, here's everything you need to know from the weekend!

The reunion we never knew we needed took place this weekend as the original voices of Aladdin and Princess Jasmine reunited to perform A Whole New World!

This performance of "A Whole New World" by the original cast of Aladdin is nothing short of shining, shimmering, splendid:

This is the most we've EVER seen Kanye West smile! Auditioning for the judges panel, Kanye performed Gold Digger and was invited to go to Hollywood, once again feeding his already enormous ego. Wouldn't it have been SO much more satisfying if they just told him no? Someone write some fan fiction about this outcome, please!

It's Pride and Prejudice but NOT as we know it! Cinderella's Lily James is the new, zombie-slaying Elizabeth Bennet, and it doesn't matter if you're a fan of Jane Austen or The Walking Dead, this will appeal to the romantic AND the horror fan in you! Check out the official teaser trailer...

Shia LeBeouf has been arrested

The troubled yet talented actor was arrested for the sixth time (if we're keeping count right!) on Sunday for public drunkenness after causing a ruckus outside of bar and jaywalking in front of a group of policemen who told him to stop. He promptly ignored them and ended up spending the night in Travis County Jail. Oh Shia.

Following his release, he cryptically tweeted this:

I talk, just not to you

Anyone want to give us any theories about WTF he's on about?!

The Kardashians were asked about their most embarrassing moments, and while Kylie and Kendall cried with laughter over Kylie pooping herself at age 5, a relatively harmless revelation, Kris had to 'go there' and talked about when she and Bruce Jenner joined the Mile High Club, only for a flight attendant to announce it to the plane and bring them a bottle of champagne. We're really not sure of the validity of this story. Would they really announce to the entire flight that everyone hard a couple of first having sex in a toilet? Either way, we definitely got TMI on this story.

Did you see any juicy news this weekend? Tweet us @sofeminineUK!

Which Spice Girl Are You?

WATCH: The First Trailer For The Sherlock Christmas Special Is Here!