Brussels And Chocolate: 7 Reasons Why Godiva Is The Ultimate Mother's Day Treat 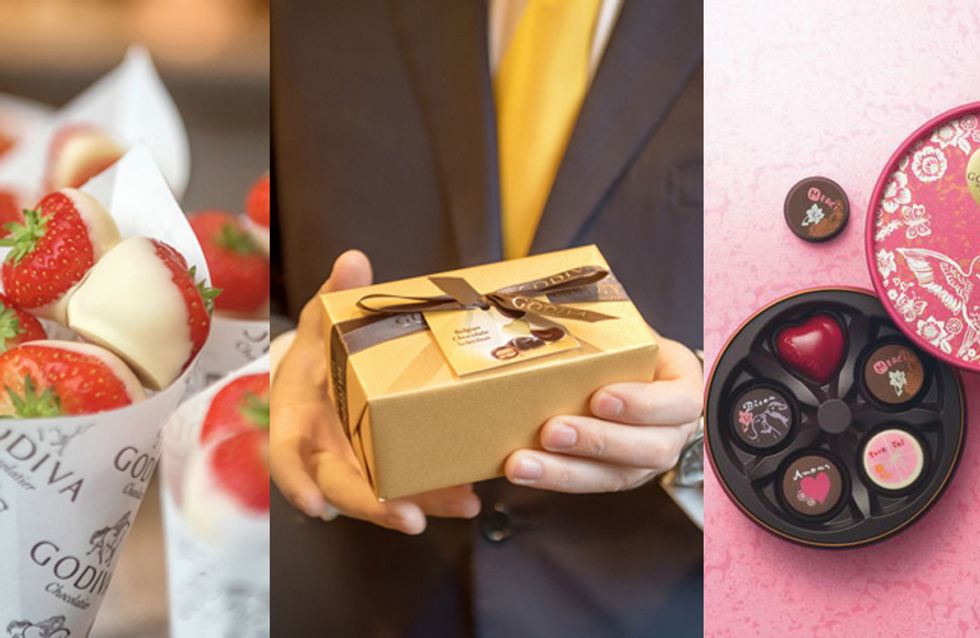 Mother's day is just around the corner, and if your mum (like EVERY mum) is prone to a cheeky box of chocolates, this year we are ALL about giving them Godiva. To learn more about Godiva on it's 90th anniversary, we journeyed to Brussels to where the world's most exclusive chocolate was first created. Not just so what we could pretend we'd won a golden ticket to Willy Wonka's chocolate factory but, you know, for science.

The beautiful architecture, the gorgeous views, the Belgium cuisine - there are a million reasons to take a trip to Brussels, especially since it's just a short train ride away on the Eurostar. But during our stay we were drawn to one particular place - Godiva's Chocolatier.

​To celebrate Godiva's 90th anniversary, we spent the night in a multi-sensory experience where we learned all about Godiva chocolate. From blending together aromas that make up the subtle differences in Godiva chocolate to watching the world famous chocolatiers in action, we have to say we are totally sold on this chocolate. Now put your Freddo bar aside and check out why the only chocolate in your life should be Godiva, particularly on the run up to Mother's Day!

So much love and effort goes into making the chocolate

This chocolate isn't like your usual box of discounted chocs from Tesco. So much love and attention goes into each individual piece and the result is NOT to be underestimated.

To sum up how passionate they are about their chocolate, Godiva Chef Yannick Chevolleau said: "My job is to make a piece of chocolate a wondrous and magical experience for consumers. There is no margin for error, so I pay special attention to the ingredients we source and use in our products. Although time-consuming, it’s the most important aspect in terms of creating a high quality chocolate accounting for flavour, texture and pleasure!”

They are royally approved

Formed in 1926 by Pierre Draps Sr, his confectionary workshop became a family business when his children Joseph, Francois Yvonne and Pierre Jr joined the enterprise, with Pierre Jr describing he had been "born into chocolate". By 1958, Godiva was named an official chocolatier to the Royal Court of Belgium. Yep, you'll be eating chocolate fit for Kings and Queens.

It is always changing

Every year Godiva’s genius chocolatiers add no less than 40 new recipes and 12 new collections so their chocolate ALWAYS feels different. They also always release at least 2 limited edition collections a year, so you know they're amazing! They also have chocolatiers based all over the world, bringing their own unique skills to the chocolate game.

It's not just boxes of chocolate

The Gold Anniversary Collection is #ChocolateGoals

As a collection of classic chocolate and the latest innovative inventions, the mixture of old and new chocolates from the Signature Lait, created specifically for Gone with the Wind in 1929 to the rose and raspberry Egérie Noir will have you drooling.

The truffles are beyond incredible

Each chocolate has a story, THAT is how much care goes into making them. While some recreate original recipes going right back to the company's original creations like the Lady Noir, described as "a fine white chocolate ganache laced with exotic Madagascan vanilla", others like the Mousse Meringue ("inspired by the twin themes of contrast and harmony") were only invented in the last year.

Want to take it one step further? Take them to Godiva's chocolate cafe in Harrods

Oh yes, the fun doesn't stop at the end of your favourite box of truffles. Godiva is so popular that an entire cafe dedicated to them is set up in London's famous department store, Harrods.