by the editorial team Published on 6 March 2014 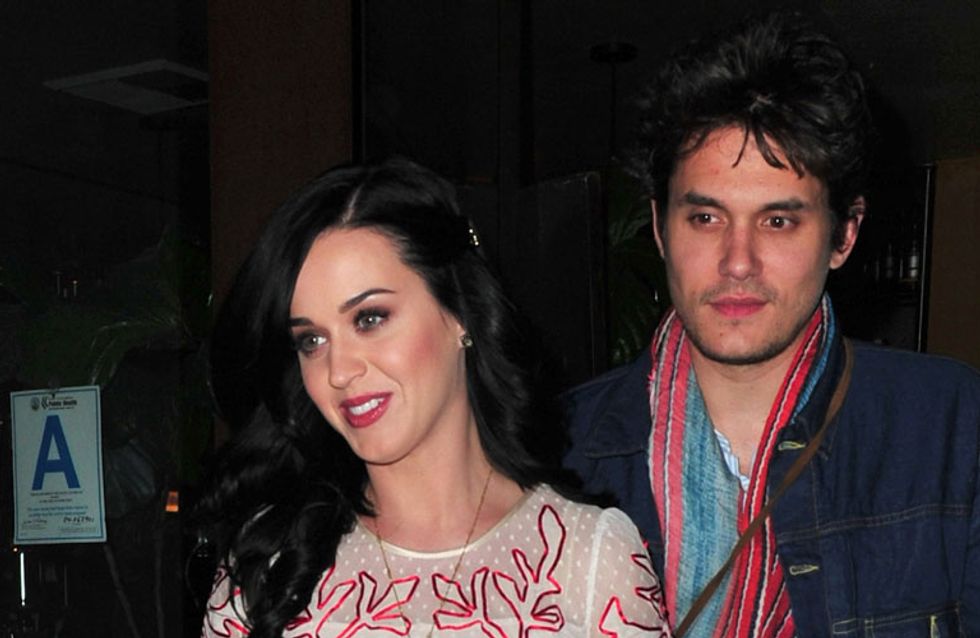 Fans were completely blindsided last week when it was announced that Katy Perry had broken up with her boyfriend and fellow musician John Mayer. The two had seemed like the picture of happiness while cozying up together for Valentines Day, and Katy was even spotted recently with some suspicious bling on her left hand ring finger. For better or worse, though, the pair have split, and everyone is wondering why!

When Katy Perry suddenly broke things off with boyfriend John Mayer after a year and a half of dating, people everywhere began buzzing with rumours as to why the couple split. Though neither one has come forward to explain the break-up, everyone has a different theory as to what actually happened…

Katy Perry helps deliver baby in a living room
Katy Perry can truly do it all: sing, dance and apparently, deliver babies in the middle of a living room! The “Dark Horse” singer tweeted last night to say she helped deliver a baby in “a miracle of a day.” In between all her traveling to London and Milan, and all the reports of a break-up with John Mayer, Katy lent a hand to bring some life into the world!

They’re just an “on again, off again” couple

This is not the first time this couple have called it quits. Katy and John first started dating back in the summer of 2012 and have split up twice before. It seemed like their mutual attraction always brought them back to each other, and some sources think the same will happen this time around. A source told E! News, “They both really love each other. They’ve always been hot and cold and on and off.” Have the two really split for good this time?

Katy’s been way too busy

Katy Perry has been gearing up for her Prismatic world tour and will be jetting off for Australia and New Zealand in November. She even traveled to London for the Elle Style Awards and Milan recently to walk the runway at the Moschino show. With such a packed schedule, it must be hard to find time for romance, and sources have said that Katy’s busy life was an issue for the couple.

Okay, this is probably not the reason behind their break-up, but the world squealed when these two female superstars locked lips! Katy recently said on the Australian talk show Sunrise that she was a bit nervous about having a deep kiss with Miley. “God knows where that tongue has been,” Katy joked. “We don’t know! That tongue is so infamous!”

Last May, John Mayer was spotted spending time with a mystery woman in Los Angeles, and fans were quick to call him a cheater. It turns out that Katy and John were on one of their breaks at this point, so even if it was a romantic interlude, John technically didn’t cheat. Still, the rumour mill has been buzzing that John Mayer had a wandering eye, and that lead to some serious drama and eventually their break-up.

The engagement rumours were too hard to handle

When these two singers stepped out for a romantic Valentine’s Day date, Katy was sporting some serious bling on her left-hand ring finger. Then, while in London for the Elle Style Awards, she rocked a huge diamond once again. With these two seeming so lovey dovey on Valentine’s, fans automatically began wondering if John had popped the question, and some sources even told E! News, “It’s inevitable.” Were rumours of the two becoming serious a bit too much for Katy and John to deal with?

They couldn’t overcome their age gap

We’ve all seen more serious age gaps than that between Katy and John, but an age difference can definitely cause problems in any relationship. Katy, 29, and John, 36, may have only been separated by 7 years, but one insider told PEOPLE magazine that John was sometimes a bit annoyed with Katy’s younger, partying lifestyle.

Katy knew something was missing

Though Katy has not come forward to say why she called it quits with John, one source says she knew something was wrong with their relationship for a while. Like many of us do, Katy was slow to follow her instincts telling her something was missing, but she finally broke up with him last week. From both of their appearances this past week, with Katy playfully acting as a weather girl on Australian TV, and John on Late Night with Seth Meyers, the two both seem to be taking the break up fairly well.

Why do you think Katy and John called it quits? Tweet us @sofeminineUK!