by the editorial team Published on 25 September 2008 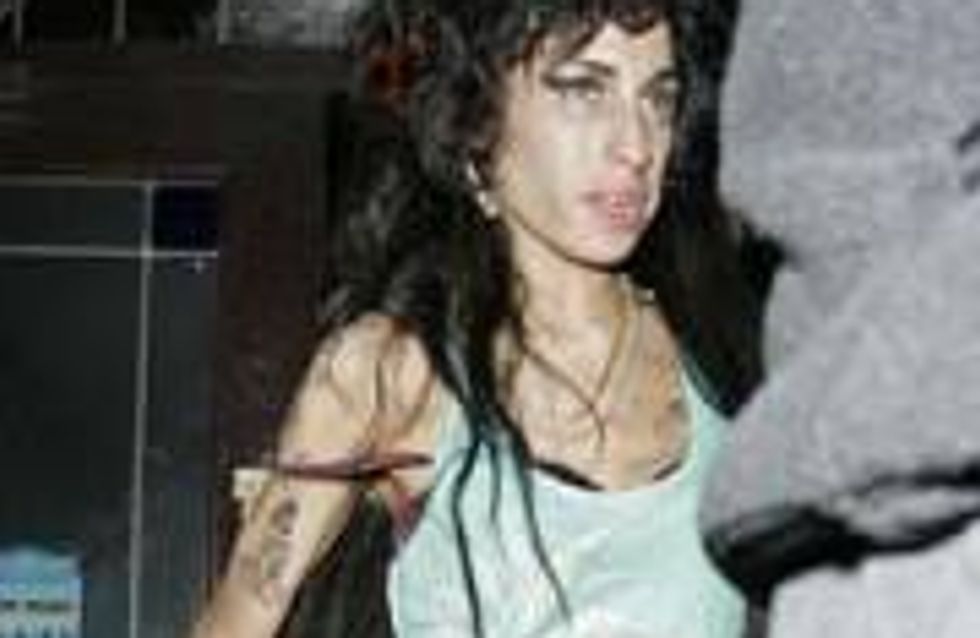 'Back To Black' singer Amy Winehouse returned dresses she had borrowed from top department store Harvey Nichols with vomit all over them.

Amy Winehouse returned borrowed designer dresses covered in vomit.
The troubled star had been loaned several posh frocks from Harvey Nichols department store but landed herself with a £25,000 bill after throwing up on them and allowing green mould to grow before sending them back.
The silk and satin garments were beyond salvation.
A source said: "While wearing one of the frocks, she went on an all-night bender. She ended up in the loos, where she was violently sick. Let's just say it wasn't pretty.
"She eventually couriered them back on Monday (22.09.08), but didn't wrap them separately. So sick had gone on all the clothes.
"Even worse, green, furry mould had developed on some gowns, making them unwearable."
Harvey Nichols is said to be furious after receiving the soiled package and demanded the full value of the outfits.
The outlet sent the clothes for Amy to wear over London Fashion Week, but the 'Back to Black' singer kept a low-profile at the event.
The source added to Britain's Daily Mirror newspaper: "They send stuff out to celebs all the time, but it never gets into such a state. I doubt Amy will be sent any more designer gear for a while."