by Emmy Griffiths Published on 19 February 2014 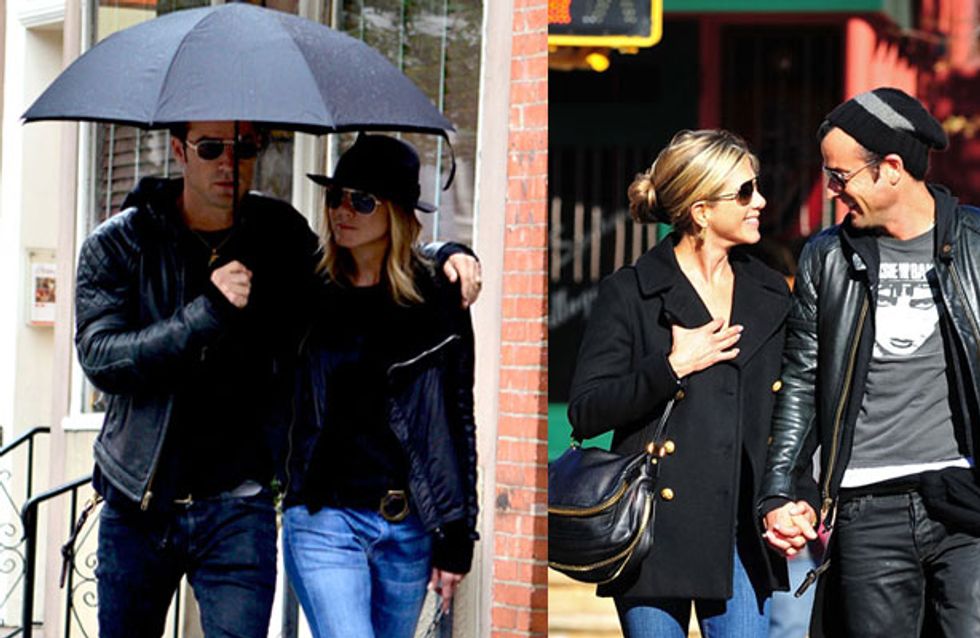 We thought that Jennifer Aniston was finally about to settle down for good with her fiancé Justin Theroux, but it looks like the couple have been growing apart as they haven’t been seen together since New Years, and spent Jen’s 45th birthday last year apart from one another. Apparently Jen spent the day with her friends co-star Courteney Cox whilst Justin partied in New York. What’s going on guys? Please at least tell us you’re Skyping?!

Jennifer Aniston and Justin Theroux’s engagement may be on the rocks, and we are very concerned.

The pair hasn’t been seen together since New Year, and Justin was absent during Jennifer’s 45th birthday, which she ended up celebrating with her Friends co-star Courteney Cox. Apparently Justin spent Jen’s birthday filming during the day then on a boy’s night out with Orlando Bloom in Manhattan. 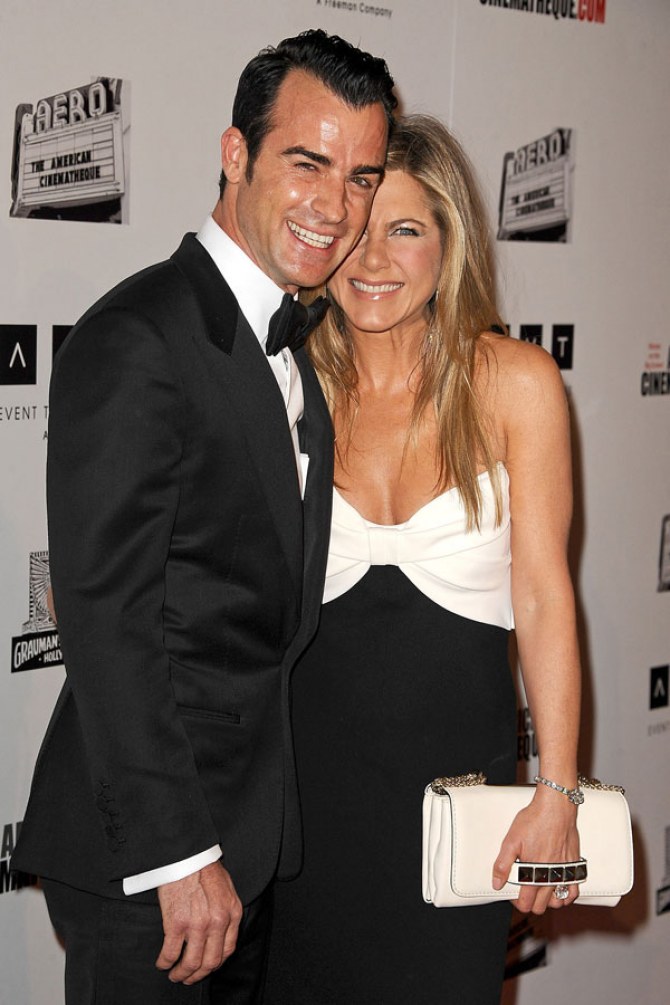 Since their time together during New Year was a ‘make or break’ holiday since the couple had reportedly been in serious trouble, it was said that Jennifer would join her fiancé in Manhatten as he filmed The Leftovers in the first few months of 2014. We suppose it is only February, but she hasn’t so much as visited him yet!

It also looks like Jen’s filming schedule is packed tight, as she is currently filming Horrible Bosses 2, which will be followed by Miss You Already and Cake.

According to Grazia, Jennifer has now moved out of her and Justin’s £13 million mansion and is talking about putting it on the market, with insiders saying that she has become so lonely in the place that she has been renting a Malibu beach house instead.

An insider revealed: “Jen feels like she’s been rattling around the Bel Air mansion, now that Justin’s been in New York for such a long time. She’s been terribly lonely and started spending more and more time with friends such as Courteney and Ellen DeGeneres and Portia de Rossi.

“Her dad offered to move in with her, but instead, two weeks ago, she packed up some things and moved into a rental in Malibu that overlooks the sea. It’s very private and cosy and practically next door to Courteney.”

Apparently Jen’s been loving her new living situation, and is starting to seriously consider letting the Bel Air mansion go. An insider said: “Jen’s really toying with the idea of selling their Bel Air home. Even though they’ve only had it for a year or so, it seems she’s happy to sell. It was supposed to be their marital home, but as that still hasn’t happened, Jen feels turning a year older is a good opportunity to move on.”

Ruh roh. Do you think the couple are in trouble? Tweet us @sofeminineUK