Home / Entertainment / News celebrities / Are These The Sickest Celebs Of All Time? (Literally)

Are These The Sickest Celebs Of All Time? (Literally) 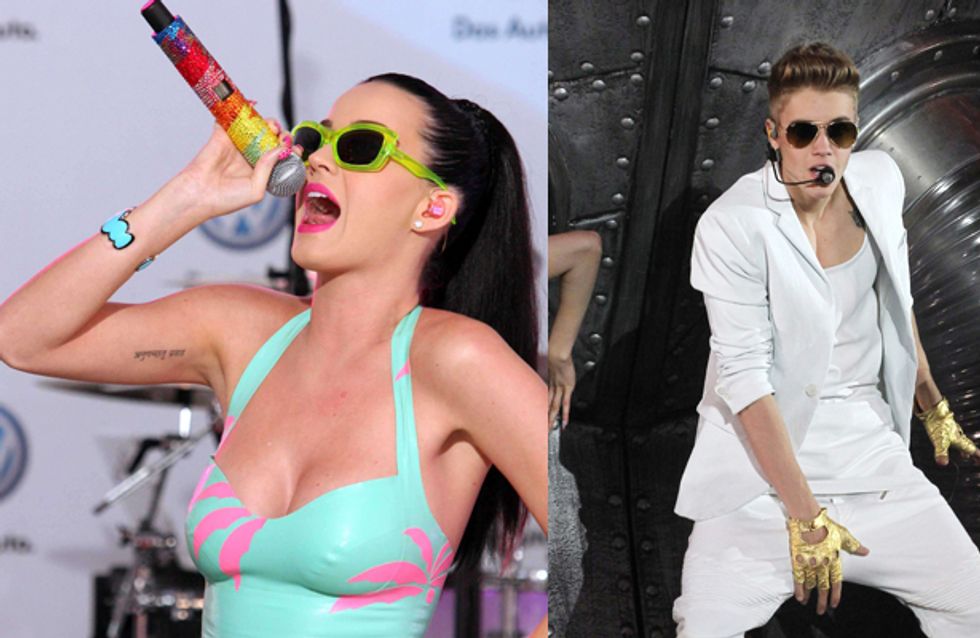 Celebrities are just like you and me, being that they are also humans (yes, even Lady Gaga). The only difference is that if we’re feeling a little under the weather, we can bury ourselves under our duvet and sleep/drink tea/watch 30 episodes of Gossip Girl in one sit-in, whilst those poor unfortunate celebs have LITERALLY THOUSANDS of people to impress, and weakness is not an option. Throwing up or collapsing on stage is fine though!

Yesterday poor Rebecca Ferguson collapsed on Loose Women after complaining that she had been feeling poorly. She was struggling through her set before collapsing on the floor – apparently she’s fine now though! All well that ends well!

Lady Gaga threw up on stage in Spain, and although it’s awful (and it looks like Gaga may have been miming since you can hear her voice as she throws up), what’s brilliant about this is that Lady Gaga tries to make being sick sexy by whipping her hair. Most impressive of all is the dancer who spectacularly saved the moment by stepping in front of her and dancing like a champion. We hope she gave him a bonus!

Harry Styles had to rush off stage to be sick at a gig in Pittsburgh. You would have thought that The One Direction singer was been boozing a little too much the night before, but apparently it was because he’d eaten too much before the show!

He said: “Everyone was saying I was hungover but I wasn’t, I was just too full.” Yeah…by coincidence Liam Payne tweeted the morning of the gig: “My head hurts…can’t even begin to remember who won bowling…” Coincidence? We think not!

Katy Perry was going to receive the Best International Female Award at the 2009 Brit Awards no matter what! Even if it meant she couldn’t get through her acceptance speech without running off stage to be sick, she just really wanted that award. She said afterwards: “Thank you to everyone at my record label. I proved I work pretty hard because I want to die right now.”

Poor Justin Bieber is performing his little socks off when he comes over all poorly and can’t get off stage in time. HE IS SICK RIGHT THERE AND THEN. We generally tend to have very little sympathy for the Biebs, but watching this we felt so sorry for him!

Rihanna wasn’t well during a concert in Portugal, but quite cheerfully told everyone about it a little later, tweeting: “Yep, I ran off stage to throw up, halfway thru What’s My Name…made it back juuust in time for RudeBoy.”

Adele has never actually lost her lunch on stage, but she does get terribly nervous backstage before the set. Apparently she “projectile vomits into people’s faces.” Oh, delightful.