by Teddi Ginsberg Published on 30 December 2013 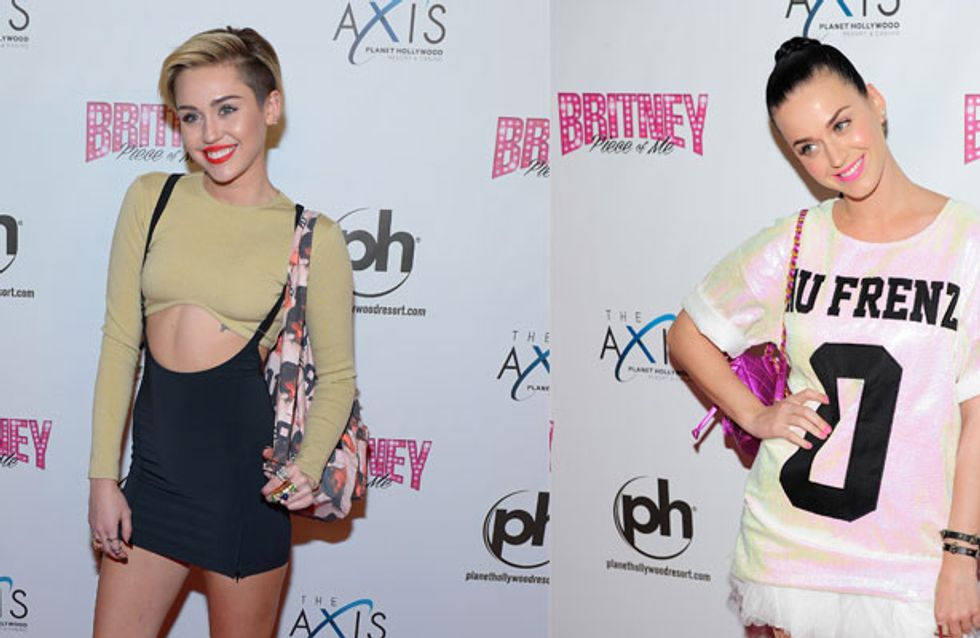 She's ba-ack! Britney Spears has kicked off her two-year Piece of Me gig at the Planet Hollywood Resort and Casino in Las Vegas, Nevada. The show includes past and present hits, a completely renovated theater, a whole lot of belly baring and lip-syncing, and a killer audience to boot. Miley Cyrus and Katy Perry were among the stars spotted taking in the scene on opening night.

Brit-Brit has done it again. She's pulling out all the stops for her Las Vegas show Piece of Me. The recently renovated Planet Hollywood theater felt like a nightclub, with hard beats and lots of lasers.

The show features 21 songs, including hits from her first album, ...Baby One More Time, spanning her current album, Britney Jean.

Britney seemed pleased with her initial performance, taking to Twitter after the show to thank the audience for an amazing show.

Wow… perfect audience for the 1st #PieceOfMe show! That was AMAZING! I <3 you Vegas!!! pic.twitter.com/7w0mGIH3BJ

And holy guacamole. Can we please talk about those abs?!

And of course, the audience was star-studded. Miley Cyrus and Katy Perry were among the most notable celebs, paying homage to their fellow songstress. Britney personally thanked each for attending via Twitter.

Miley sweetly tweeted, "if u told me I'd be front & center on @britneyspears opening night 10 years ago, I wouldve never believed you."

Later that evening, she was spotted at the opening of Beacher's Madhouse cozying up to Kellan Lutz, sparking more romantic rumors about the two stars.

Are you hoping to catch Britney's new show? Tweet us @sofeminineUK!