CBB: Liz Jones has been evicted from the Celebrity Big Brother House

We think it was fair to say we all saw it coming – after Jim Davidson, Sam Faiers and Liz Jones were nominated to leave the Celebrity Big Brother House, it as the journalist who was given the boot after losing out to the public vote. Last night's episode also saw Ollie Locke and Sam Faiers in an awkward situation when they were forced to pick sides between the on-and-off couple Lee Ryan and Casey Batchelor.

Liz Jones has been the fourth housemate to be evicted from the Celebrity Big Brother House.

The 55-year-old’s exit was probably the most likely outcome after the other nominations included fan favourite Sam Faiers and the entertaining-to-watch Jim Davidson, and Liz took the announcement in her stride, saying “yay!” before hugging everyone.

On coming out of the house the audience reaction much like a pantomime audience, alternatively booing and cheering as the columnist greeted CBB presenter Emma Willis. 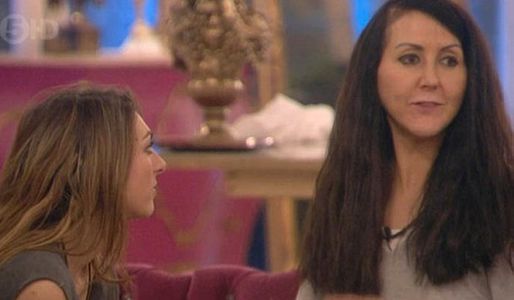 In her post-exit interview she told Emma: “I’m so relieved. I have post-traumatic shock. They all eat so much. It was so dirty and I felt very much an outsider, but I think they started to warm to me towards the end…slightly.”

Although Liz writes about other celebrities as part of her job, she was highly complimentary of her housemates. She said: “There’s a lot more depth to them than you would think from seeing them on television. They’re really nice people.

“They were quite wary at first, but then they realized they could have entire conversations which I couldn’t hear because [of my hearing].”

According to the journalist, apparently not all of the housemates were happy that it was Liz who was chosen to leave.

She said: “With Luisa and Linda they really wanted Jim to leave tonight instead of me – and I don’t think a man should call a woman names, no matter what she has done.”

Of course Emma couldn’t resist asking Liz about Casey Batchelor and Lee Ryan’s on-and-off relationship, and she gave her a scoop. She said: “They’re still attracted to each other, I mean – how can you not be attracted to Casey – but I do believe that they kissed in the toilet off-camera.”

Speaking of the couple, last night’s episode of CBB also created an extremely awkward situation when Sam Faiers and Ollie Locke had to take sides in the drama when Lee suggested Casey was just being dramatic to turn public opinion against him.

Both Sam and Ollie ended up on Casey’s side, citing that they believed Casey was genuinely hurt. Honestly though, it was so awkward to watch, especially when they continued to side with Casey as they were asked if they believed Casey and Lee kissed when the Blue ex-boyband member denied it.

Are you glad that Liz is out? Tweet us @sofeminineUK