The mother of all reality TV shows Celebrity Big Brother is back again so the world can witness what happens when a bunch of Z-listers get up to when faced with hours of mundanity in a house filled with loud and more often than not, horribly clashing personalities. But who will we be rooting for and hating on this year? We have been hearing rumours for this evening's big reveal, check out the apparent line up!

Casey Batchelor is one of the country's most popular glamour models (see her Tweet below for more details!) and teamed up with Madison Welch, Sophia Chan and Holly Johnson to make up girlband Miss Millionaire. Looks like she will be supplying make up and bikinis then, at a guess!

Sam Faiers of TOWIE fame and Joey Essex's ex-girlfriend/fiance has not been a happy bunny as of late, ever since Joey started dating Amy Willerton. However, now that Amy and Joey's relationship has crumbled after barely a month of seeing each other, we're guessing Sam will be entering the house looking like she's already won one competition!

We also hear that cupcake entrepreneur Luisa Zissman is a candidate. She didn't win The Apprentice, so perhaps she has her competitive sights to the famous House.

Then there's Lee Ryan. We're probably the most excited about this rumour. If Lee Ryan's previous dimwitted behaviour in interviews and on chat shows is anything to go on, he will be an hilarious addition to the house!

We reckon Lee would also strike a bromance with the sure to be fan favourite Ollie Locke, who won over fans of Made in Chelsea with his hilarious theatrical nature. Fingers crossed!

​Evander Holyfield is a retired American professional boxer and we can imagine he will be the one keeping order in the house. Particularly when there's people like Dappy running around. Oh yes, Dappy. Do you think his suitcase will just be full of stupid hats?

Rumour has it that Liz Jones, a journalist who Phillip Schofield once described as "inconsistent, bitter, nasty and unhinged", will also be gracing the house. This is especially exciting when you think how she will react to Jasmine Waltz - who is apparently famous for hanging around with Lindsay Lohan. Ermmm okay!

We're also expecting the lovely Jim Davidson and Lionel Blair as the older men of the house, and Linda Nolan as the house mum!

Who are you most looking forward to being in the house? Tweet us @sofeminineUK 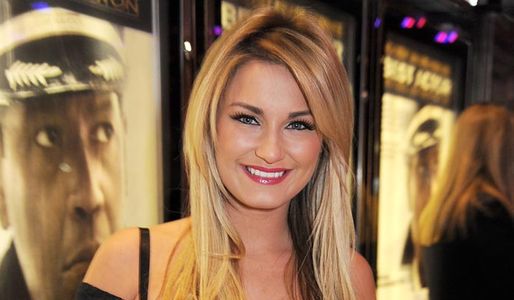