Characters We Would Love to See Return for Heroes Reborn 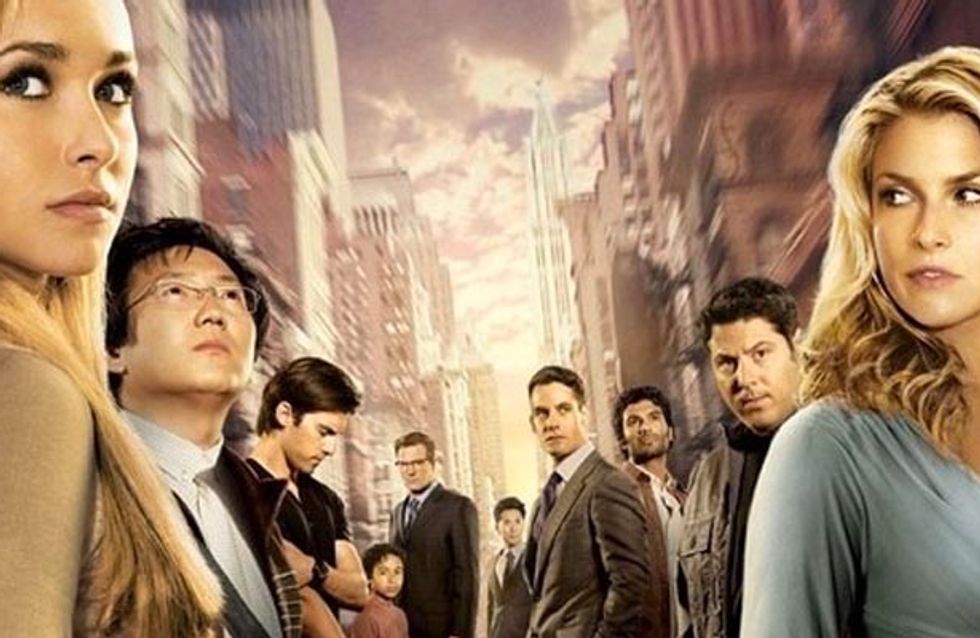 The sci-fi nerds of the world have stirred from their hibernation now that it has been announced that the hit show Heroes (which was cancelled in 2010) will be coming back onto our screens in 2015. To those who remembered and loved Heroes from its glory days (aka, before it was ruined by bad storylines and gaping plot holes) we have already began to anticipate which angst-riddled characters with mysterious super powers will be returning to the show...

Yes? Yes. Hiro is a friendly yet timid office worker living in Tokyo when he decides that he can absolutely definitely maybe travel in time. All he wants to be is live up to his name and become a hero, and dammit, he succeeds. This show definitely wouldn’t have been the same without him. We need him back.

Where would we be without the cheerleader? Claire’s backstory was probably the most interesting of the series – basically she realises she is able to heal and her birth parents have powers too – one of them can fly and the other can control fire - but her adoptive parents have their own secrets, namely that her father is a bounty hunter for people with powers and is trying to protect her from his people (seriously, it just keeps unravelling).

Oh. Hell. Yes. When we say we want Peter back, we mean classic season 1 Peter, sucking up everyone’s powers and being unable to control them but knowing he has a destiny to fulfil, all while looking hot in a Paramedics uniform. We have no interest in the “one-power-at-a-time-Peter”. This was foolish and unnecessary. If you’re going to bring Pete back, you’d better check yourselves screenwriters!

We hope Zachary Quinto is up for round two, but only on the condition that he’d be villainous again? He was a great villain. Why did they have to make him into a sob story?! Pssh, Americans. Always needing to deal with feelings!

Little Micah would be all grown up now and since he is a-person-who-can-control-technology (quick Google) sorry, ‘technopath’, we think he should definitely take over the internet and therefore everything. Perhaps he should even be the new bad guy? Maybe we should mock up the first episode of the new season!

Mohinder was sexy, and he was refreshingly void of powers for a good while as well. Could we forget that he ever had super strength and just go back to the days of him being a genius scientist? Maybe now the world knows about superpowers, he will be revered for his forward thinking? Maybe the series can begin with a world famous Mohinder? Yes please.

Just Whatever happens in Heroes 2015, let's hope they don't bring back Matt Parkman. He was one DULL character. No one wanted to hear about your marital problems Matt.