by the editorial team Published on 8 July 2013 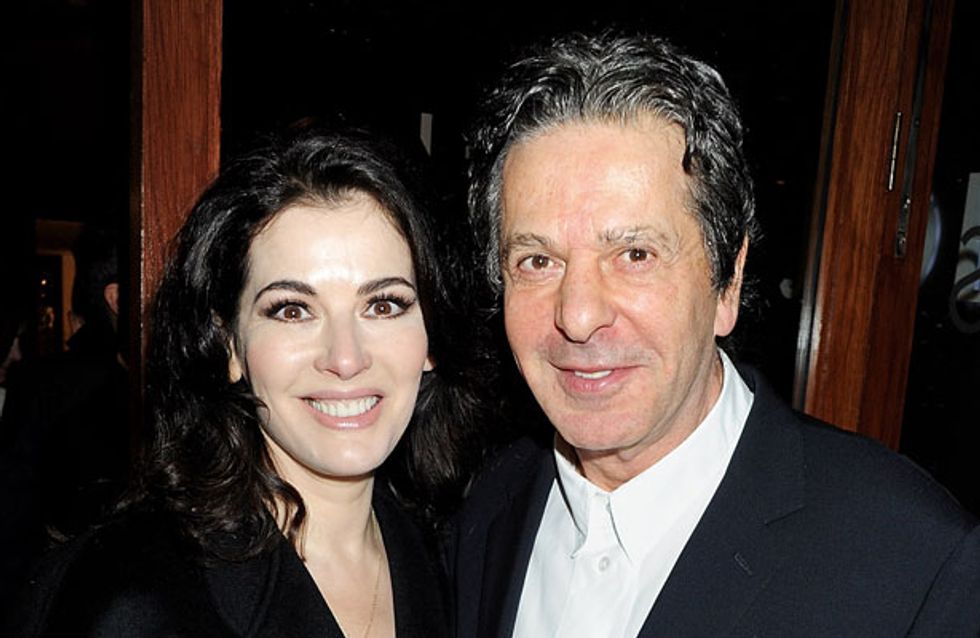 They were the pictures that shocked us all a few weeks ago; Charles Saatchi grabbing hold of his wife Nigella Lawson's neck while out for lunch in London. Since then the chef left their family home and now, despite claiming it was "playful" Charles has announced their separation in a Sunday paper.

Nigella Lawson was apparently "blindsided" by her husband Charles Saatchi's decision to file for divorce without telling her.

The TV chef apparently found out about her partner's plans to end their relationship at the same time as the rest of the nation - when it was printed in The Mail On Sunday.

The 53-year-old is reportedly holed up in her Mayfair apartment, desperate and devastated by the news.

She had apparently intended on reconciling after returning from a work trip to the US.

It seems now there is no going back for their marriage of 10 years.

The multi-millionaire art collector gave a statement to the press, without first discussing it with her.

He said: “I am sorry to announce that Nigella Lawson and I are getting divorced. This is heartbreaking for both of us as our love was very deep, but in the last year we have become estranged and drifted apart.”

He ended it by saying: “She remains the most wonderful woman in the world. I feel very fortunate to have had such a lovely wife for many years.”

A friend told The Sun: “Poor Nigella is beside herself.

“She had no idea that Charles was going to file for divorce.

“She has been trying to call him to talk about what is going on, but she cannot get through.

“She keeps saying, ‘How can you file for divorce without even talking about it?’"

The mother of two had firm hopes that the pair would work things out, after a break from the media storm.

They went on: “This was never Nigella’s intention. She was hoping she could quietly reconcile with Charles after she got back from the US.

“Her intention was for them to spend some time apart and then give things another go.

“Now those plans are in tatters. Nigella is a traditional girl and the idea of divorcing is horrid for her.”

His friends suggest the reason for Charles' extreme decision was down to Nigella's silence when the photographs were first released.

One said: “Charles is furious and has been exploding like Mount Etna.

“He feels his reputation has been dragged through the mud without her lifting one finger to help him.”

Another source for conflict was apparently her desire to continue working after turning 50.

One pal said: “Obviously they did not have a contract or anything, but they had a verbal agreement that she would stop working.

“The longer she kept working, the more irate Charles became. He felt that Nigella needed to be more supportive of him and his career.

“He has to go to lots of dinners and social functions and he needs a wife who will be with him.

“Also, you have to remember that Nigella is a household name, but in Charles Saatchi’s world he is the big star. His friends call him a genius and he is a man who demands respect.

“He used to be horrified when people would push him out of the way to get Nigella’s autograph."

The friend added: “Charles took very little interest in her career however. Once, when Tony Blair complimented her on one of her recipes, Charles shot back: ‘I would not eat anything she cooks’.

“Charles will crush her if he wants to,” one said. “Clever as she is, she is no match for his power or his intellect.”

This does not sound promising; poor Nigella.

What do you think of how this whole mess has been handled? Tweet us @sofeminineUK