by the editorial team Published on 30 October 2012 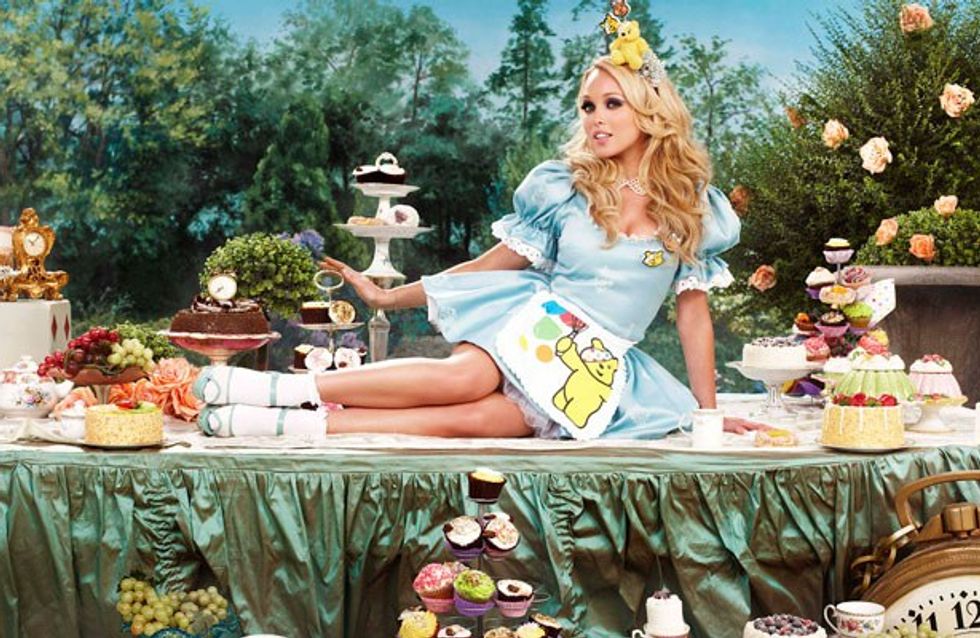 A host of striking celebrities have dressed up as Alice In Wonderland characters for this year's Children In Need. 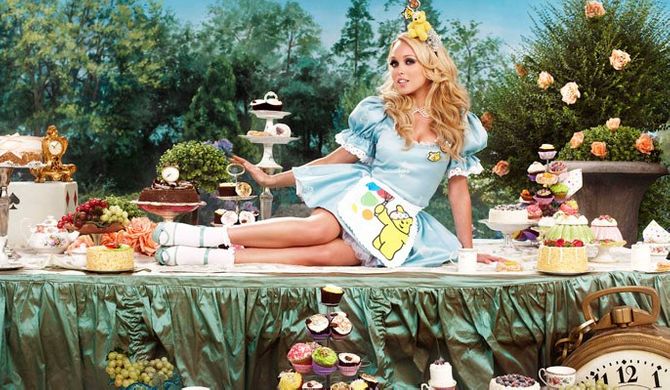 Hollyoaks actress Jorgie Porter, Gavin and Stacey's Mathew Horne and The One Show's Alex Jones have all donned crazy costumes to encourage the nation to raise much needed funds for disadvantaged children and young people living in the UK.

A percentage of sales of each product is donated to the charity.

Jorgie Porter looks incredible as Alice In Wonderland in her snap, which sees her lying sexily across a table adorned with goodies.

Jorgie, 24, said: “When I was a little girl, Alice In Wonderland was my all-time favourite book, so when I heard about Asda’s BBC Children in Need shoot, and the Mad Hatter Tea Party theme, I jumped at the chance to be Alice to support this amazing charity.

"I’m so excited to be involved this year and I will be getting all my friends and family baking in November to raise the vital funds for children and young people who need our help.”

Actor Mathew takes the role of the Mad Hatter, relaxing in an armchair at the head of the table.

Mathew, 34, said: “I was really keen to be involved in Asda’s BBC Children in Need shoot this year. Obviously it’s a great opportunity for me to dress up as the Mad Hatter at my very own tea party, surrounded by gorgeous girls!

"But more importantly it’s a really fun and inspiring way to raise awareness for an amazing cause that makes a positive change to the lives of some of the most disadvantaged young people across the UK.”