Casting for the new Batman flick has got everyone talking. With a sequel to Man Of Steel featuring both Batman and Superman confirmed, producers are anxious to find the perfect Batman. But it seems their first choice would still be the man behind the three previous hit flicks - Christian Bale.

Christian Bale has been adamant that he will not take part in any more Batman films.

Despite the huge success of the Batman Begins and The Dark Knight Trilogy, he outlined in advance that he would take part in no sequels.

The 39-year-old Oscar winner may well be tempted though, after he was reportedly offered a whopping £40million to don the cape one more time.

The British star is apparently "facing extraordinary pressure" from the production company.

The Batman vs. Superman project was officially announced at Comic Con a few weeks ago after furious Internet speculation.

Warner Bros. will collaborate with DC Comics to produce a sequel to Man Of Steel, directed by Zack Snyder.

After the roaring success of Henry Cavill as Superman in Man Of Steel, the most important thing now is to find the perfect Batman to star opposite him.

A number of huge Hollywood names have been thrown around, but it appears there is still one actor they want above all else.

A source for The Sun explained that if Christian's main concern is typecasting, the movie bosses will use Robert Downey Jr. as their example. 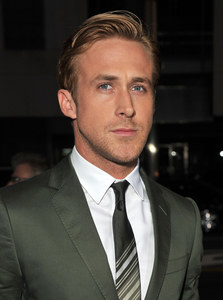 They said that after four goes at being a super hero, “Robert’s hardly typecast as Iron Man.”

Hollywood heartthrob Ryan Gosling is also in the running, along with five others at this time.

Up against Ryan are fellow Americans Joe Manganiello, Max Martini and Josh Brolin, plus Brits Matthew Goode and Richard Armitage.

Sources have explained that movie bosses want their Bruce Wayne to be in his late 30s or around 40 and to be "established and rugged".

But that's not all - Bradley Cooper and Gerard Butler are also apparently fighting it out for the role.

Sources told Now magazine: "They both want it and they aren't holding back in trying to impress the studio.

"The competition will be massive. The bromance is over for good."

It looks like if Christian Bale wants it, it's his for the taking.