Coronation Street's Chris Fountain has been revealed as The Phantom. The rapper has been seen in various clips, freestyling with disgusting, vulgar lyrics involving rape and murder. The figure is known amongst a Yorkshire based rap circle has worn a mask in all videos but has now been revealed to be the young actor.

Chris Fountain has been suspended from Coronation Street, pending an investigation into allegations that he is The Phantom.

The Phantom is the stage name of a masked rapper who takes part in freestyle rap battles.

The individual has been videoed spitting highly offensive lyrics that soap bosses are anxious to not be associated with the show.

Lines about raping a woman on her birthday have put the actor's career in a worrying position.

Chris has spent years on television - he joined Corrie in 2011 as Tommy Duckworth, after leaving his Hollyoaks character of Justin Burton behind.

But after taking part in local performances with a group known as the West Yorkshire Cypher, things are not looking good.

One clip shows the masked figure rapping that he is a "savage" who will "leave you in a f***ing grave."

He gives a clue to his identity when he spits: “I’m bored of fame so I’m taking on the rap game, remember the name, it’s f***ing Phantom.”

He goes on to talk about setting his enemies' houses on fire.

In another rap The Phantom threatens to attack someone by injecting a diseased needle into their spine.

In another rap he brags: "I bench press a house, I bench press your wife, yeah your spouse, I knocked her out, ripped off her blouse and raped the f**k out of her till her f***ing p***y fell out."

In one rap he was seen miming stabbing motions as he spat: “I’m a nasty ****, I will punch you in the face and you look like you’ve been having some acupuncture ’cos my fist is lethal.

The Sun reports that ITV bosses have suspended the actor "pending further enquiries".

Chris released a statement shortly after The Sun exposed him as The Phantom.

He said: “I would like to sincerely apologise for any offence I have caused.

"I am deeply ashamed by the lyrics and very much regret my behaviour.

"The videos were made over a year ago when I was experimenting with music and I’ve not done anything like it since and nor will I.”

Chris released a statement shortly after The Sun exposed him as The Phantom: “I would like to sincerely apologise for any offence I have caused.

"I am deeply ashamed by the lyrics and very much regret my behaviour."

"The videos were made over a year ago when I was experimenting with music and I’ve not done anything like it since and nor will I.”

Pictures and tweets that refer to his role in the Yorkshire rap circle were taken from early 2012, backing up Chris' insistence that his role as The Phantom is in the past.

Meanwhile, anti-rape charities and MPs have spoken out against the actor for "trivialising" abuse.

With a high-profile job on television, people are appalled that he could disregard the potential impact it could have on young viewers.

“He is a high-profile character. It shows a complete lack of any kind of respect for women at all.

"He is a role model for young people. It almost seems like he’s making a joke of something that really isn’t funny.”

Witham MP Priti Patel said: “This is an appalling revelation that shows a lack of respect, regard and understanding of the crime of rape.

"This guy is trying to trivialise it. He should know much better.”

A spokesman for the soap issued a statement last night: “ITV find the language used and the views expressed in this video totally unacceptable. Chris Fountain has been suspended pending further inquiries into this matter.” 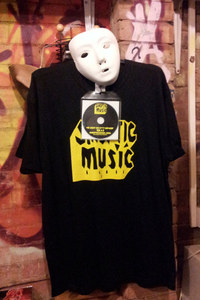