The visionary singer died on Sunday 10th January 2016 after an 18-month battle against cancer.

The legendary musician David Bowie, creator of classics such as Starman and Space Oddity, has died at age 69 of cancer. The news was announced this morning on his Facebook page. According to the message, the artist who popularised "glam rock" in the 70s and 80s died on Sunday January 10th peacefully and surrounded by family.

They wrote: "While many of you will share in this loss, we ask that you respect the family’s privacy during their time of grief", while his son tweeted: "Very sorry and sad to say it's true. I'll be offline for a while. Love to all," accompanied by a picture of him with his father.

Very sorry and sad to say it's true. I'll be offline for a while. Love to all. pic.twitter.com/Kh2fq3tf9m 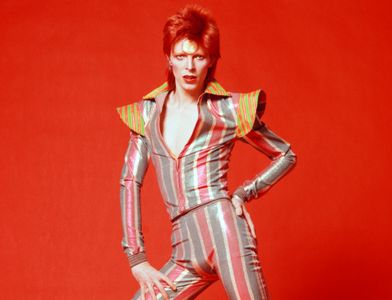 Born in Brixton in 1947, the twice-married musician leaves behind his wife, Iman and two children, Duncan and Alexandria. There have been rumours about the health of the singer for years now, who was very secretive of his personal life and kept matter close to his chest. His last live performance was for charity in New York way back 2006.

Bowie shot to fame in 1972 with The Rise and Fall of Ziggy Stardust and the Spiders From Mars, and became famous not only for its mysterious and electrifying lyrics but by its image. His greatest hits are now utter classics, most notably including Let's Dance, Heroes, Under Pressure, Rebel, Life on Mars and Suffragette City.

The Victoria & Albert Museum dedicated a exhibition to Bowie in 2013, which became one of the most successful in its history. A year later, in November 2014, Bowie celebrated half a century of career with the release of Nothing Has Changed, an album which reflected David's career. The publication of the compilation was complemented with the release of the film David Bowie Is, a documentary about the exhibition of the artist at the Victoria & Albert.

David released what was to be his final album just two days ago on his 69th birthday, the music video of which show David blindfolded on his death bed, slowly levitating.

RIP David Bowie. You will be missed. What's your all time favourite Bowie song? Tweet us @sofeminineUK.