Despite Lee Mead's recent insistence that his wedding to Denise Van Outen was absolutely fine, the couple have just confirmed they have broken up. After four years of marriage and one child together, the pair are going their separate ways.

Denise Van Outen and Lee Mead's four-year marriage is over.

The former couple - who are parents to three-year-old Betsy - confirmed the news after months of rumours their relationship couldn't survive their hectic work schedules.

A joint statement read: "Following continued speculation, Denise Van Outen and Lee Mead are sad to confirm they have decided to separate.

"The couple remain the best of friends, with their daughter Betsy as their No.1 priority.

It was claimed on Sunday that the couple, who met in 2007 when Lee was a contestant and Denise a judge on BBC show Any Dream Will Do, had "fallen out of love".

A source told The Sun: "The spark just faded after a while.

"It’s very sad but they’re still best mates and hope it will stay that way.

"There hasn’t been a big blowout but they are now having a trial separation and coming to terms with going their separate ways.

"They hardly saw each other over the last nine months because of their work commitments.

"The distance just became too difficult to overcome. They had grown apart - and fallen out of love." 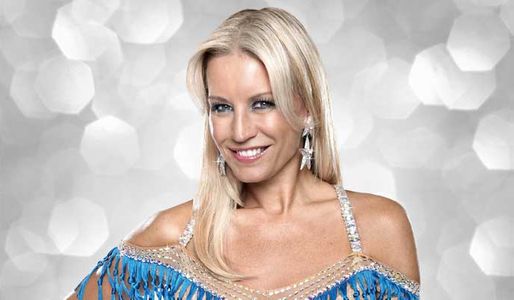 Just last month, Lee, 32, vehemently denied he and Denise were having marriage problems.

He brushed off the rumours as "bizarre" and was happy to gush about his Essex girl.

He told MailOnline: "I often think it’s not anything specific when you meet the person you’re meant to be with. You know once you know. It’s quite an unspoken thing. It just feels right.

"Nothing would ever come above Betsy and Denise, because nothing’s more important than my family."

Lee admitted he was upset by reports their marriage was on the rocks, which were sparked when Denise, 39, appeared on Strictly.

She spoke about how hard the experience had been and revealed Lee's work and meetings in America put a strain on their relationship.

He continued: "That was quite hurtful, actually. It said I’d relocated to America and left my family.

"I thought, 'I’m not going to read any more of that.' Why would you keep reading stuff that isn’t true?

"Denise and I work really hard in our careers and sometimes it does mean we spend time apart. For us, it’s very important to be your own people, do what you love and be great parents but it’s also good to have time apart.

"To have to be there 24/7 is too needy for us. It’s right and normal for us to have time as a family together but also to have holidays with our friends. I know not everyone does that, but we’re all different." 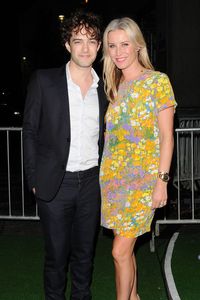 by the editorial team
+
All the news about Denise Van Outen