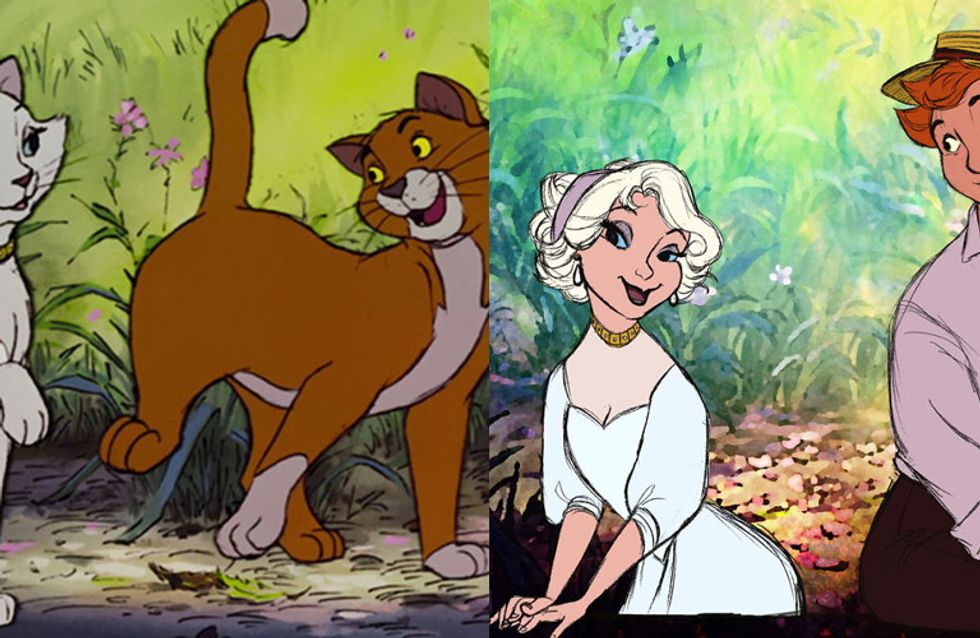 Deviantart artist Alaina has drawn our favourite Disney animals as humans and we have to say, we're seriously impressed. From Lady and the Tramp to Bolt, she has managed to capture our furry favourites as people so accurately that we would recognise them anywhere, even if they're not quite the same!

Deviantart user s0alaina, whose real name is Alaina said: "These are my interpretations of some Disney animals if they were human. I’ve often wondered what these animals would look like if they were human and I have enjoyed others’ illustrations of this concept. But I noticed that most of these versions lacked character consistency thus making them not quite as believable and lovable.

"I decided to draw them in the styles of their movies, and keep consistent shape language and features to interpret the character in a more thorough and believable way."

Check out the results for yourself...

2. Lady and the Tramp

But where's Timon?! We need to see him human too!

A compilation of horses from various films. We're not 100% sure, but we're pretty certain that (from left) it is Samson (Prince Philip's horse from Sleeping Beauty), Pegasus from Hercules, Frou-Frou from The Aristocats and Khan (Mulan's horse) in their human forms!

Turk and Tantor looking AWESOME...does this mean Tarzan is an animal in this parallel universe?!

Maybe our favourite ones - that IS exactly how Duchess would look as a human!

Bagheera and Baloo look just as friendly as humans as they do a panther and a bear!

Aw look at little ginger Oliver (in both pictures)!

These Disney Princesses Reimagined As Fine Art Are Simply Stunning

What Disney Characters Would Look Like In Real Life