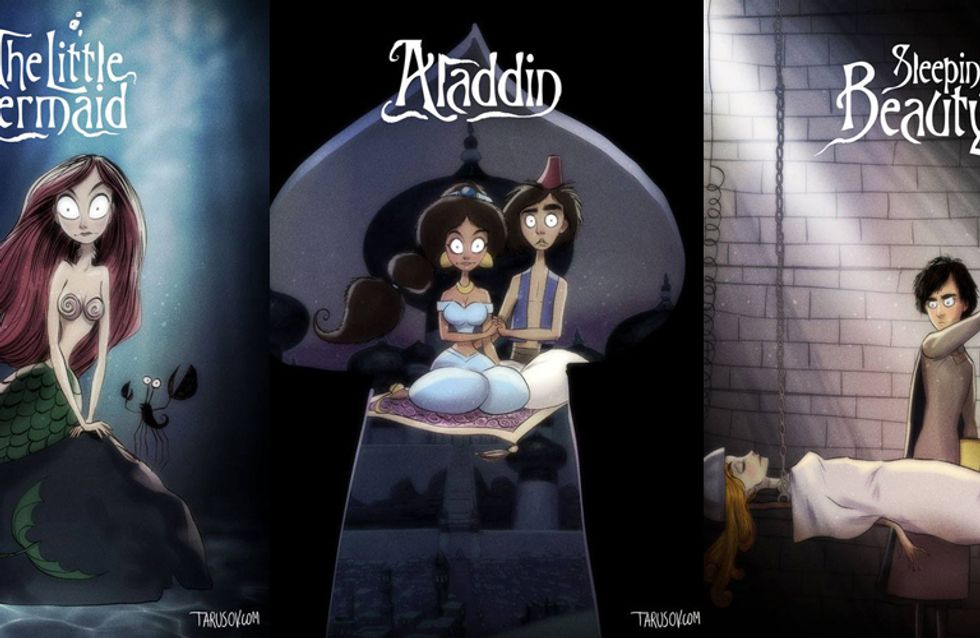 Tim Burton has a notoriously gothic style which we all know and love from his movies such as A Nightmare Before Christmas and Frankenweenie. While our younger years were filled with Disney princesses and happy talking animals, our emo-phase during adolescence was ALL about Burton's macabre creations. So what happens when the two are mashed up?

Moscow-based artist and animator Andrew Taruson had the bright (or dark?) idea to combine the nightmarish style of Tim Burton with the lively and colourful Disney, and the result is disturbingly awesome. From Disney Princesses like Snow White to The Lion King, check out what happens when Disney is reimagined in the style of Tim Burton...

Is anyone else a little bit haunted by the eyes? Aladdin and Jasmine definitely need a nap. Check out the rest of Andrew's work here, and tweet us your thoughts @sofeminineUK!