#DogsAtPollingStations Is Our Favourite Thing About The General Election So Far

by Emmy Griffiths Published on 7 May 2015 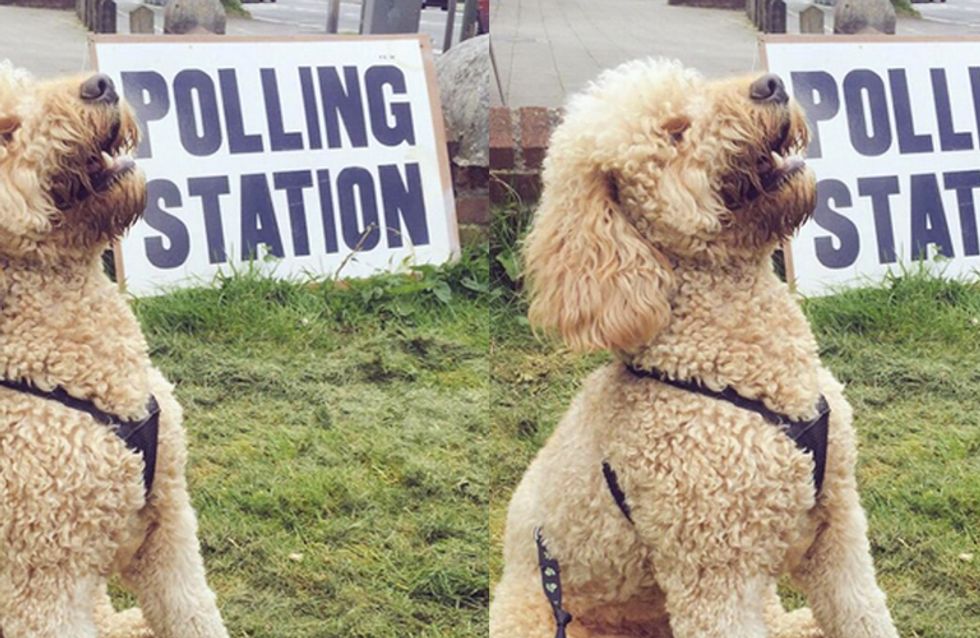 Poor little dogs. You live in this country, and yet you have no right to vote. Dogs should vote, because dogs are the best and will make great decisions for our country. They seem to know this too, because despite sadly not being human citizens, they have been showing up to the Polling Stations in droves...

This pair who know they'd be better than the Miliband brothers

And not only dogs have been involved. After all, why shouldn't lambs have their say?!

Then of course, there's the ducks.

Will you be staying up tonight to find out who got in? Tweet us @sofeminineUK!