Emma Stone Is A Fellow Fangirl! 9 Spice Girl Moments Only True Fans Will Cry Over

Emma Stone teared up as she listened to a personal message from Spice Girl, Mel B, on an Australian talk show this week. Scary Spice couldn't make it to the interview, but her kind words touched Emma and she showed her appreciation by singing the girl group's major hit, "Wannabe." We totally relate to Stone's emotional reaction. The Spice Girls have been making us joy-cry for years...

Emma Stone couldn't help revealing her inner fangirl while speaking with Sophie Monk and Merrick Watts of 2Day FM in Sydney, Australia. The actress is currently promoting her huge blockbuster film, Spider-Man 2: Rise of Electro and has a highly-profiled relationship with her costar, Andrew Garfield. However, she proved that even major stars can still get starstuck over their childhood faves. And who was more inspirational to girls growing up in the 90s than The Spice Girls?

When the two hosts explained that Mel B was not able to make it, Stone voiced her disappointment only to be handed a personalized video message from the singer.

"I'm legitimately crying!" Stone exclaimed, and we were too. The Spice Girls have had a lasting influence on today's pop music and continue to be major inspirations to their adult fans. The group's dedication to GIRL POWER throughout their career has led to some rather emotional moments. Let's take a trip down memory lane...

Ladies and gentlemen, we present the Spice Girls...

In July 1996, the lives of millions of preteen girls were forever altered. That summer the Spice Girls debuted their first of many #1 singles."Wannabe" rocketed the five ladies to instant fame and they followed it up with three more successful singles. Their debut album Spice was released in November 1996 and sold 1.8 million copies in Britain over seven weeks. Record execs were shocked at the sudden rise to fame, but the five women seemed to understand that they were destined to do incredible things. Their confidence led to a movement - a Girl Power movement.

The Spice Girls offered up this incredible moment to their fans at the 1997 Brit Awards. Ginger Spice, I.E. Geri Halliwell, donned a tiny Union Jack dress and red platform heels that stole the show. Her ending power stance was so memorable that the dress reached iconic status and was sold for £41,320 at a Sotheby's auction in 1998.

Oh, Spiceworld - what a timeless piece of cinema. The film certainly wasn't a critical darling but it grossed over $75 million worldwide, demonstrating how much STAR POWER the girls had. As young girls watching the movie, we laughed, we cried, and we didn't care how bad Posh Spice's acting was.

Poor Prince Charles was not appropriately prepared when it came to meeting the Spice Girls. And by the looks of things neither were they. The Spice Girls didn't curtsey when they met the future King of England, oh no, instead they did what they did best, kept things real.

Scary Spice flirted with him and insisted on coming for dinner, Baby Spice complimented his looks, and Ginger Spice gave him a lip stick kiss on the cheek!

The Spice Girls met the late Nelson Mandela after performing at a charity concert in Johannesburg, South Africa. The girls were understandably honored to stand next to the then President of S.A., but when asked how he felt meeting the girl group, Mandela said, "I don't want to be emotional but this is one of the greatest moments of my life." He also explained that the Girl Power message reflected his own attitudes towards equality. Pass. Us. The. Tissues.

Posh Spice gets engaged to some guy...what's his name again?

Posh Spice, or Victoria Beckham, met soccer player, David Beckham in 1997, and the pair got engaged a year later! A smiling Victoria nervously showed off her engagement ring at the press announcement. Spice fans were happy that Victoria snagged herself such a good catch and couldn't wait for the pics from the Spice wedding to be released. The UK knew the pairing was a significant one, but, geez, the power couple has risen to a level of unprecedented fame. You go, Posh!

In 1998, Geri Halliwell released a statement saying: "This is a message to the fans, sadly I would like to confirm I have left the Spice Girls, this is because of differences between us."

She left while in the midst of a world tour, but instead of giving catty interviews, the four remaining members released the single, "Goodbye." The song was dedicated to Geri and wished her luck. The fact that the ladies dealt with Halliwell's departure so well demonstrated their maturity and the respect that they had for their dear Ginger Spice.

The Return of the Spice Girls tour

The group officially broke up in 2000 to the devastation of their fans. Seven years later, the heavens parted, and granted the world the gift of the five Spice Girls once again.

The group reunited for a world tour in 2007 and it quickly sold out. Demand was so high, more dates had to be added. Unfortunately, the group had to cancel many shows and their reunion was not as lengthy as fans probably hoped. Wahhhh!

Perhaps realizing that they owed a lot to their devoted fans, the group reunited to play an incredible performance at the 2012 Olympics, reducing the audience to tears and shrieking. The moment underlined their importance to pop music and pop culture as a whole. It also felt like a true goodbye to any hope that the group would make music again. It hurts but they gave us so, so much. 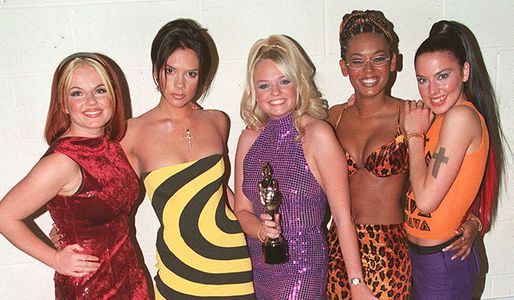 What are you favorite Spice Girls moments and memories? Tweet us @sofeminineUK!