by the editorial team Published on 23 January 2014 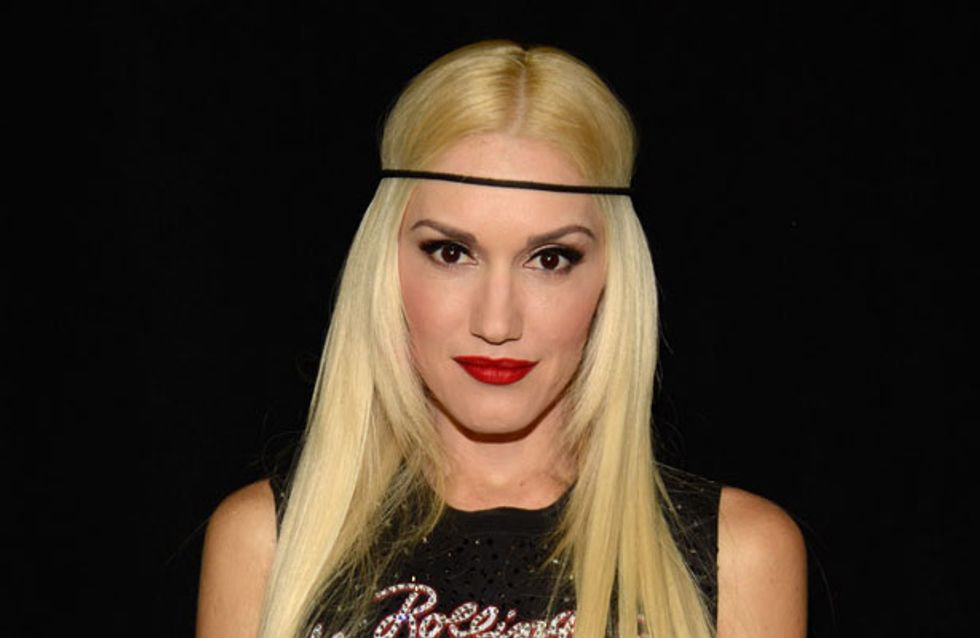 This isn’t Gwen’s first baby bump, but we must say she is looking better than ever! Just days after announcing her pregnancy, the No Doubt singer took a sexy selfie, wearing a skintight black outfit and heels. After posting the picture on Twitter, fans everywhere are gushing over the star’s glowing maternity bod and the new little tyke on the way.

The world just got its first glimpse of Gwen Stefani’s baby bump, and we are in love! Gwen just officially announced her pregnancy last week, and now we can’t wait for the baby boy to get here.

The No Doubt singer announced her third pregnancy with hubby Gavin Rossdale via a cute Instagram post on January 17th. Gwen captioned the photo with, “I was ready to hand over the crown. but I guess I am still queen of the house. #itsaboy #surroundedbyboys.”

Though the singer may have been hoping for a little princess, she is still thrilled to be a mother for the third time. Gwen is already mother to sons Kingston, 7, and Zuma, 5. Her husband, Bush frontman, is also father to 24-year-old model Daisy Lowe from a previous relationship.

Now the L.A.M.B. designer is showing of her signature kick-ass style and gorgeously huge baby bump via Twitter. Gwen posed in front of a mirror wearing a skintight black shirt, shiny black leggings and sky-high strappy heels. You go, mama!

Though Gwen is certainly working it in those crazy heels, she has been laying low and taking it easy over the past few weeks. And who can blame her for relaxing with her newly burgeoning bump!

The “Hey Baby” singer has been enjoying relaxation by baking coffee cake and watching The Ellen DeGeneres Show, though she did leave the house last Sunday to see Cirque Du Soleil’s show Totem.

The third-time mommy has yet to discuss her most recent pregnancy at length, but she has opened up about how much she loves motherhood.

“Its super fun being a mom,” she told Vogue for their January 2013 issue, “but it’s not what you think it’s going to be. And it’s really gradual. At first, your life is totally the same. You have this cute little thing that you get to drive around everywhere and you’re so proud and it’s amazing. And as they grow older, it really does start to change your life.”

How excited are you to see Gwen’s bouncing baby boy? Tweet us @sofeminineUK.