All suggestions that Robert Pattinson and Kristen Stewart are headed for reconciliation have gone pretty quiet recently. And it looks like lonely KStew may be looking in the wrong places for someone to fill the gap. She's reportedly been spotted flirting with ex-con Lane Garrison.

Kristen Stewart has been spotted getting close to her Camp X-Ray co-star Lane Garrison.

The Twilight star has been publicly seen cosying up to the bad boy actor.

Although an insider is describing any possible romance as in the "very early stages", Kristen's friends are still worried about the kind of man she could be falling for.

The 33-year-old has been in prison before after he was convicted of manslaughter for killing the 17-year-old passenger in his car, which he was driving while drunk.

He was also caught hitting his former girlfriend on CCTV in April last year.

A source told Look magazine: "He's a bad boy through and through and Kristen's going to get hurt."

They are currently working together on military drama movie Camp X-Ray and Lane is said to be "openly pursuing" the 23-year-old.

And friends are concerned that she's too vulnerable to resist after her recent split from Robert Pattinson - despite Lane's chequered past.

The insider added: "Between takes they end up deep in conversation.

"They have intense chemistry and Lane is taking advantage of her recent break-up with Rob to really go for it.

"He keeps saying how wonderful and beautiful she is - I think she's hooked."

Although Kristen's friends are all for her moving on, they're convinced Lane's not the right person to do it with.

They said: "Everyone wants Kristen to get over Rob, but we don't think Lane is the right man for that job.

"He'll end up hurting her, and she's too fragile for that." 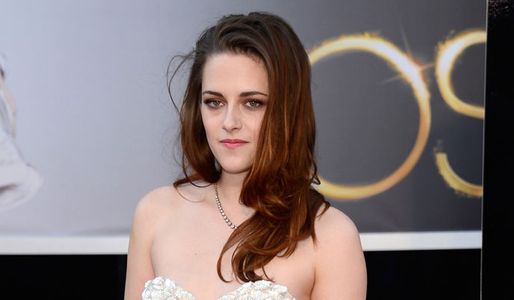