by the editorial team Published on 11 June 2009 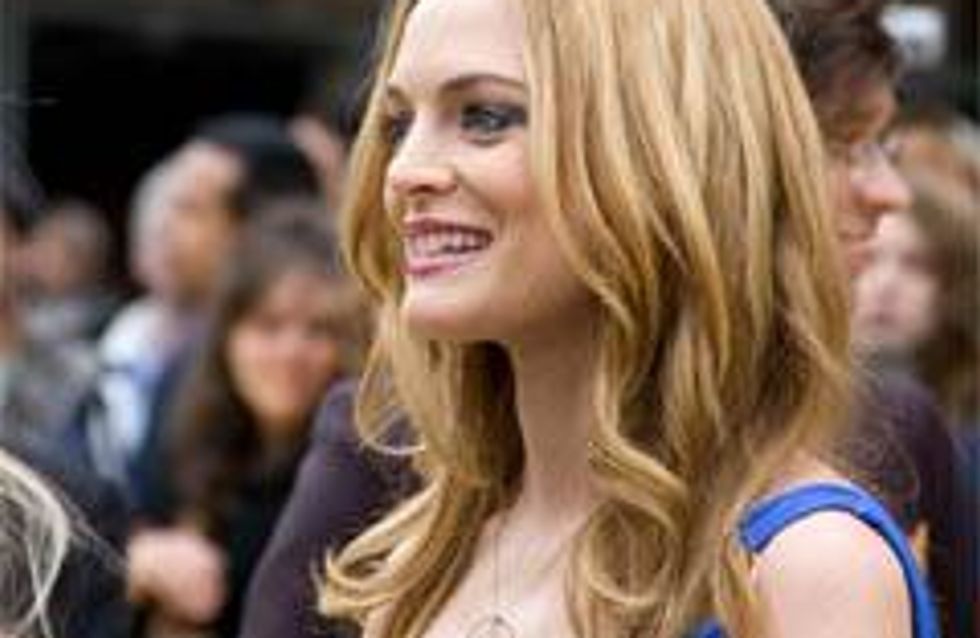 Heather Graham wanted to "get naked" in London.
The actress - who plays a stripper in her new movie 'The Hangover' - has no problem exposing her flesh and was even willing to remove her clingy blue dress for the film's UK premiere in London's Leicester Square last night (10.06.09).
When asked about nude scenes in the movie, the 39-year-old star said: "I was hoping to get naked tonight!"
In the film - which features a cameo appearance from boxer Mike Tyson - a group of friends go to Las Vegas for a bachelor party and wake up to a trashed hotel room with no recollection of the night they just had.
Although the 'Boogie Nights' star enjoyed shooting the movie's wilder scenes, she doesn't like partying in real life.
She added: "The film is fantastic, but I don't like nights like that myself. I like to go to yoga retreats and go swimming - that's more my sort of thing."
However, Heather underwent lots of preparation for the role by indulging in several nights out.
When asked about how she got into character, she said: "Tons of training. Just drinking a lot, getting hungover and drinking more and things like that.
"My friend teaches pole dancing. I had taken some of the classes before I got the job, but I went back and took some refresher courses."
Heather was joined at the premiere by her male co-stars, including Ed Helms, Bradley Cooper, Justin Bartha and Zach Galifianakis, who playfully hoisted her up for a photo.
They later tried the same stunt with a heavier Zach but struggled to lift him off the ground.