Home / Entertainment / News celebrities / #HeForShe: What Men Are Saying About The Feminist Campaign

#HeForShe: What Men Are Saying About The Feminist Campaign

by Vivian KELLY Published on 25 September 2014 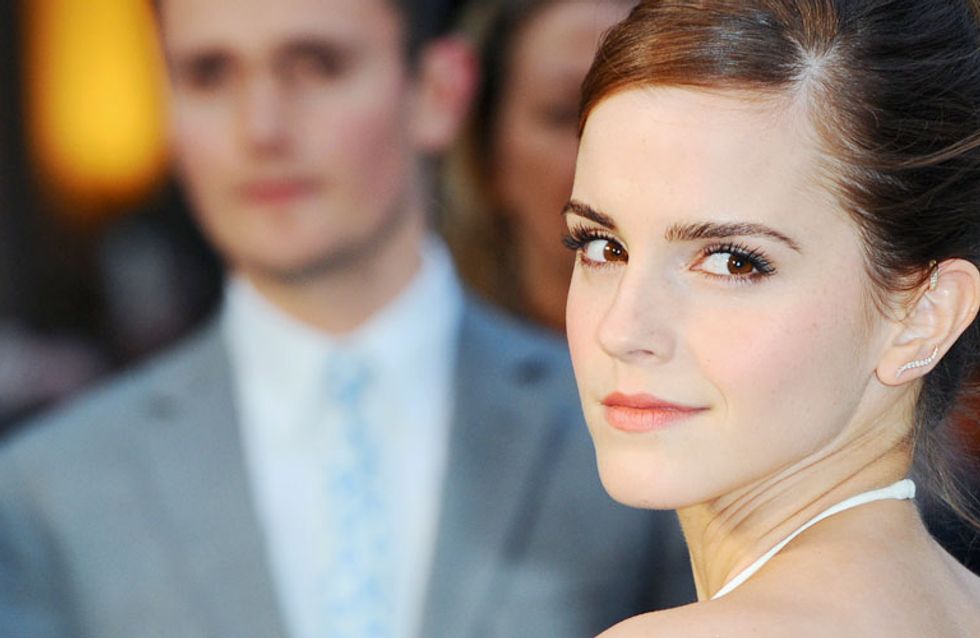 Emma Watson inspired the world on Saturday in an effort to launch HeForShe, a campaign which calls on men and boys to support gender equality. And with over half a million already having watched her UN speech it looks like men are finally taking a stand with the ladies. See the guys' outrageous reactions here. She's made quite the impression...

Last weekend we saw UN ambassador and Harry Potter star, Emma Watson give a powerful and emotional speech at the United Nations (UN) where she called on males all around the world to help support the HeForShe campaign and stop the war against women.

“Gender equality is your issue, too,” Emma said, addressing the need for more male support.

The game-changing speech inspired men and women all over the word to pay attention to feminist issues such as equal pay, rape, education and women's rights.

So much so that we couldn't help but notice the flood of support on social media. The campaign has just reached a record of 100,000 supporters.

Here's what men are saying about it...

THANK YOU! It's just the beginning for #HeForShe. Next goal: Reach 200,000 men. Visit http://t.co/c6wmNWrsJR pic.twitter.com/VKCqdi8jVj

This is so beautiful and challenging. @EmWatson could have a future as a preacher if she was so inclined. #HeForShe http://t.co/cPWvSpzn4e

I stand for #genderequality I hope you stand with me #heforshe pic.twitter.com/mmRQevjZ7H

Gentlemen, I think it's time we sent a message to the trolls and the misogynists: sign up to @HeForShe #heforshe http://t.co/qy8ctsKqtZ

For both my daughter's and my son's future, I strongly support #heforshe and similar gender equality efforts. http://t.co/qgXyEaxdfM

I wonder if @EmWatson realises how much of an impact she could have during her lifetime. ‘If not me, who? If not now, when?’… wow #heforshe

My love for @EmWatson has increased by infinity. And how nervous she is gives me butterflies. Hahah http://t.co/GWYJ8h0p1p #HeForShe

I Am a Feminist. That doesn't make me less of a man. #HeForShe http://t.co/CO7ne2Vu9C

Proud to be a feminist & stand with @EmWatson. Feminism isn't man-hating; it's treating women as equals. #HeForShe pic.twitter.com/eJKjNI93WJ

#HeforShe is mobilizing ONE MILLION MEN over next THREE months in support of gender equality. Exciting initiative! http://t.co/2g4vu5wg0m

Help them reach 200,000! Will you be accepting your invitation? Tweet us @sofeminineUK! #HeForShe

31 Ways You WILL Change In Your Twenties