by Pascale Day Published on 17 February 2016 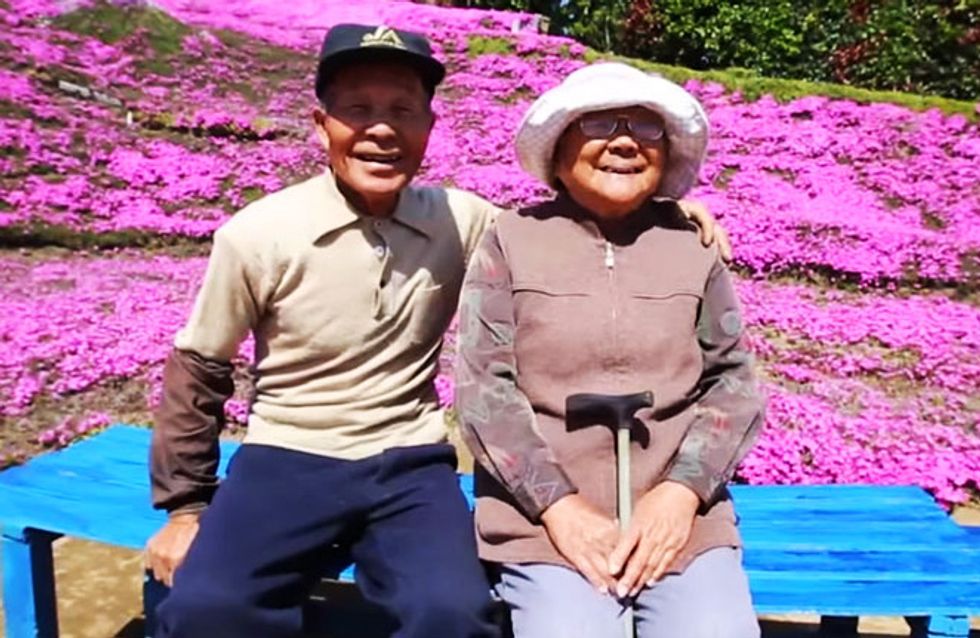 Who says romance is dead? We've found it alive and thriving in rural Japan, where an elderly Japanese gent has spent two years planting beautiful flowers for his blind wife because, not only do they look beautiful, but they smell glorious too.

Watch out fellas, you've got stiff competition in the romance stakes right now. Meet Mr Kuroki, also known as the most romantic man alive/best hubby ever:

The land on which these magnificent flowers are spread across belong to Mr Kuroki and his wife, who have called it home since 1956. They led a busy life on their farm whilst raising two children. However, when Mrs Kuroki was 52, she encountered some health issues brought on by diabetes. A week after discovering issues with her eyes, she went completely blind.

Mrs Kuroki was distraught by this, and as a result she shut herself away, living a life of seclusion in her home. A plan to see the rest of Japan when they retired was quickly quashed. Mr Kuroki was sad to see his wife so debilitated from losing her sight, and thought that if he could get people to visit them at their house in Shintomi Town, Miyazaki Prefecture, it would mean his wife would have someone to talk to.

And so Mr Kuroki began work on the​ garden, taking two years to create the blanket of distinct pink flowers called shibazakura, or moss phlox. Now, more than a decade later, the garden is a thriving tourist attraction with those who not only love the pink flowers, but the cute AF story behind it too. If you're planning a trip to Japan, make sure you include this little detour to the flower garden (and maybe ask if Mr Kuroki will have a quick word with your boyf whilst you're there).

How romantic is Mr Kuroki?! Come gush about him with us: @sofeminineUK

10 #BoyfriendProblems We Should Thank Our Boyfriend For​​​​