by Pascale Day Published on 11 February 2016 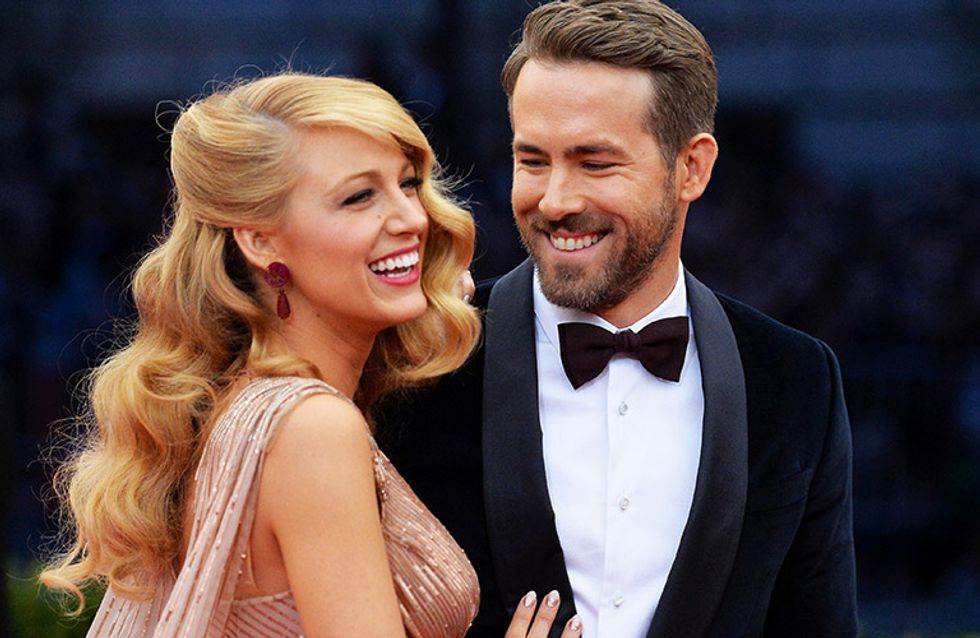 Wanna know whether your boyfriend is really the one you should be marrying? Go through this lot and see how many ticks he gets by his name...

1. He cleans up after himself

It's an underrated point but a very, very valid one. You don't want to spend the rest of your life cleaning up after a messy pup do you? If he really loves you, he'll pick up his socks AND put the dishwasher on when it's full. How's that for true love? A clean man is a marriable man.

2. He always brags about you

You know he loves you when you meet his friends and they all say "we've heard so much about you!" And you smile and think how great that is, and then they say "no seriously, he doesn't stop talking about you. Make it stop. MAKE IT STOP," you know you've bagged yourself a keeper. His friends know exactly what mark you got in ya A-Levels, that's how much he likes talking about you.

3. He makes you tea every morning

Again, this is another totally underrated point. Most people can't think straight at all in the morning, but your boy always remembers to make you a cuppa before he shuffles out the door to work, making sure he gets your sugar and milk ratios just right. Now if that's not love we don't know what is.

5. He lets you watch what you want on TV

Yeah, the football's just starting, but there's a Friends marathon on Comedy Central and you've been dying to watch it again, so football can wait. What's the record button for if you're not going to use it every once in a while, right?!

4. He joins in on your girly hobbies

He'll pretend he's only doing it to help you, but deep down he actually likes knitting hats for babies/baking sparkly cupcakes/arranging all the bed cushions from big to small. And if he really really doesn't like it (which is a lie), he still does it because he likes spending time with you. The long talks you have during crochet time? They're priceless to him.

6. He sends you things he thinks will make you laugh

If he sees a funny video of a cat getting scared by a cucumber, or a bunch of puppies running about in the snow, you're the first person who comes to his mind. He doesn't care if his friends think he's a soft touch, he has to send you the puppy video from his pub pew because he knows you'll love it.

7. He buys you tampons

Even though he knows he's going to have to get served by the awkward seventeen year old boy at the supermarket, if you need tampons, he's gonna get you your tampons. You can ask him for towels, paracetamol and even the super super tampons, and he'll stride right up to that counter and make uncomfortable small talk with the teen because he loves you.

8. He listens to your long, rambling stories about a run-in with your arch nemesis

He doesn't know who ANY of these people are, but he will still scream "NO!", "SHE DIDN'T!" and "KICK HER TO THE CURB, GIRLFRIEND!" in time with your story. So it doesn't matter if he has no idea who Natalie from accounting is, if she did something scandalous, he's totally there to guffaw along with you.

10. He looks after you when you're sick

So you were sick on his new t-shirt and he saw an ungodly amount of snot pouring out of your nose, so what? He still loves you and he'll even help you get cleaned up, no matter how gross you are. Nothing says 'I love you' quite like your boyf helping you wash vom out of your hair after a long day of food poisoning. And if you call him from bed asking you to pick up some cold medicine on his way home from the office, he'll cancel his post-work beer to bring it straight to you.

9. He loves celebrating your accomplishments

Even if you got your Masters six years ago, he still likes to bring it up to everyone because he's just so darn proud of you! For little achievements like someone green-lighting your idea at work, to getting a promotion, he's always there when you get home with party poppers and a bottle of champers to celebrate you, because you're his little genius!

11. He buys you dinner but is happy to let you pay, too

He loves taking you out to dinner and being able to pay for your meal, but he's not against letting you pay every once in a while. He understands that you make your own money, and that you want your relationship to be equal. In the same way, he'll hold the door open for you, but he won't get weird about it if you do the same for him. He knows it's important to be chivalrous, but he also knows that equality is an important part of a relationship for you.

12. He gets along with all your friends

He thinks your pals are a hoot. Even that one friend that both of you aren't that keen on, he'll still laugh at all of her terrible jokes and make her feel important. He makes an effort to remember all of your friends' names, their jobs, and their partner's names because he knows it's important to you that everyone gets along. Now, if that's not marriage material, we don't know what is.

Are you looking forward to Valentine's Day? Let us know! @sofeminineUK