by Helen Turnbull Published on 6 September 2017 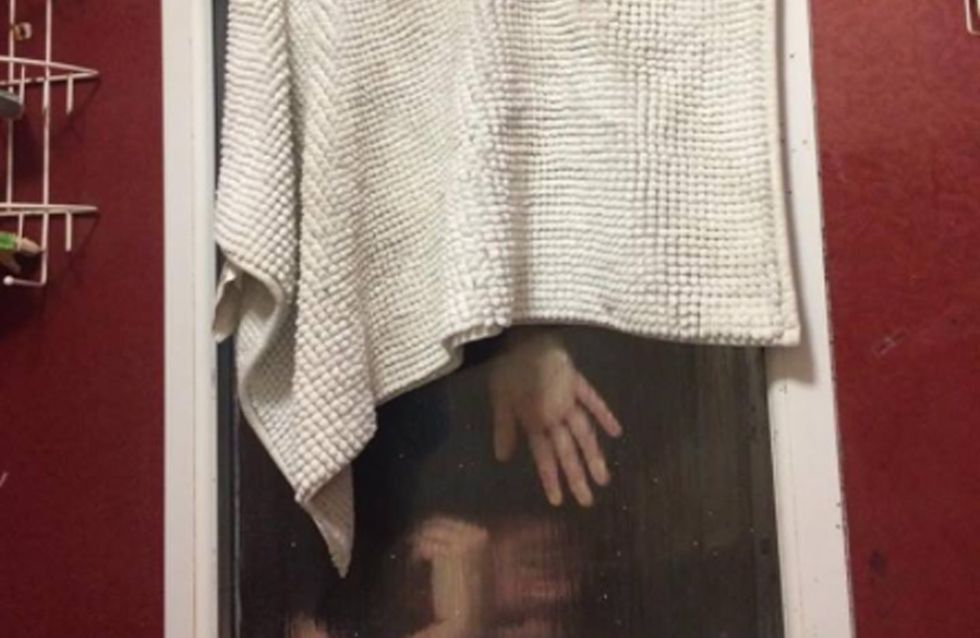 Modern dating is a minefield but if you think you've had bad Tinder/Bumble/Happn dates, spare a thought for this girl who is the unfortunate victim of the world's worst Tinder date. Poo, firemen, Nando's and Louis Theroux were the potent ingredients of the disastrous date that's since gone viral since the man involved was forced to set up a GoFundMe page to raise funds to replace the window that was broken during the incident.

GoFundMe - for anyone who's been living under a rock for the last millennium - is, as the name suggests, an online fundraising platform. And while it plays host to many incredible campaigns and worthy causes, every so often someone with more balls and less f*cks than me sets up a page to help them out with a personal crisis. Allow me to introduce to you what is quite possibly the greatest GoFundMe page of our living times after the worst Tinder date of all time.

Haven't you ever been lumped with a bill and thought, 'do you know what? Why should I pay this when I can turn to the generous people of the Internet and set up a GoFundMe page to raise the necessary funds, instead?' No, me neither. But that's the approach this anonymous poster was forced to take when a first date took a spectacular turn.

Liam Smyth turned to the online fundraising platform in the hope of the Internet coming together to raise £200 for a replacement window when, long story short - his date had to be cut out of it after trying to fetch her own poo. True story. Liam and his date - who's chosen to stay anonymous for obvious reasons - were enjoying a spot of wine and Nando's-fuelled Louis Theroux and chill at his place when she needed to relieve herself. So far, so normal. She then was forced to reveal her panicked actions in the bathroom, telling him: "I went for a poo in your toilet and it would not flush. I don't know why I did this, but I panicked. I reached into the toilet bowl, wrapped it in tissue paper, and threw it out of the window."

He recalled the tale on the fundraising page, failing to spare us the detail: "I was understandably concerned, and told her we would go outside, bag up the offending poo in the garden, bin it, and pretend the whole sorry affair had never happened. Unfortunately, owing to a design quirk of my house, the toilet window does not in fact open to the garden, but instead into a narrow gap of about a foot and a half, separated from the outside world by another (non-opening) double glazed window. It was into this twilight zone that my date had thrown her poo."

Liam thought the best option was to smash the window open but the poo-thrower - who he described as an amateur gymnast - had other ideas and proceeded to reach into the gap between the two windows. But the package of her own excrement was further away than anticipated and she pleaded with Liam to give her a boost which seemed to do just the trick.

He wrote: "She climbed in head first after her own turd, reached deeper into the window, bagged it up, and passed it out, over the top and back into the toilet from whence it came."

But disaster struck when the girl tried to climb out of the narrow gap and the couple were left with no option but to call the fire brigade after 15 minutes of her being stuck upside down.

Recalling the rescue, Liam wrote: "Bristol's finest were on scene sirens blairing in a matter of minutes. Once they had composed themselves after surveying the scene in front of them, they set to work removing my date from the window using all of their special firemen hammers and tools. It took them about 15 minutes."

While he was happy his date was safely removed unharmed - aside from the trauma and embarrassment of the whole incident - he wasn't so keen on the fact he will have to fork out £300 to replace the window that was harmed in the making of this story. He's a postgraduate story with a £300 monthly budget, hence the GoFundMe page. Liam's original target was £200 but the page has raised £1740 with donaters stretching as far as Australia. The story has since gone viral so much so he's had window companies offer to repair the damage free of charge which has led to him deciding to donate 100% of the money to two charities - Toilet Twinning and The Fire Fighters Charity.

Updating supporters, Liam wrote: "Wow. Thanks for all the support. We have far exceeded the target, and had a few offers to have the window replaced, free of charge. 100% of the money raised will be going to charity. I'm astounded by the response to this, as these are two fantastic causes. I'm currently working on my MSc dissertation, so I'm not interested in any more press requests. I would love it if you carried on donating, it's been a crazy day!"

Is this or is this not the greatest Tinder date of all time? Let us know @soFeminineUK