Is Kate Middleton against Prince Harry proposing to Cressida Bonas?

Reports have come out that it is only a matter of time before Prince Harry pops the question to his girlfriend Cressida Bonas. And now it seems there may be more than her royal scepticism standing in his way. It is believed that Cressida has her reservations about all the media attention that goes with becoming a royal. But that's not all; apparently Kate Middleton has got some serious issues with her half-sister Isabella Calthorpe and does not want to bring her into their family.

Prince Harry is thought to be considering popping the question to his girlfriend Cressida Bonas.

However, his sister-in-law Kate Middleton may have something to say about it.

Although Kate has no problem with Cressida - she is well loved by the royal family - she is not so keen on her half-sister.

Isabella Calthorpe, the relation in question, has had connections to various members of the royal family for some time.

One member in particular: Prince William.

The Duchess Of Cambridge is not her biggest fan since Wills took a real shine to her when they split temporarily in 2007.

The new parents had a bump in the road when William apparently fell for Isabella who did not return his affections.

A friend told The Telegraph: “Cressida has said Kate is not keen on her relationship with Harry.

“Cressie and Isabella could not be closer. Where she goes, Bella goes.

“Kate does not like Isabella because William loved her, and that caused their break-up. Bella’s treatment at the royal wedding won’t be forgotten.”

Despite being married herself - to Sam Branson - there are some things that girls never forget.

So at Kate's wedding ceremony in 2011 the invitation was limited to the service at Westminster Abbey.

They were not allowed to enter either of the two receptions and are believed to have been taken home before lunch.

A source recently told the Daily Star: "The way it's looking now people close to Harry and Cressida predict an engagement by the end of the year and a spring wedding.

"Cressida is The One. He's so close to her. All the tell-tale signs are there.

"People have heard Harry talking about how special Cress is and about getting engaged.

The insider insisted: "He is taking a lot of time and trouble to devote so much time to her and see her as often as he can. This romance is different.

Sounds like Hazza may be setting himself up for some rather awkward Christmas dinners... 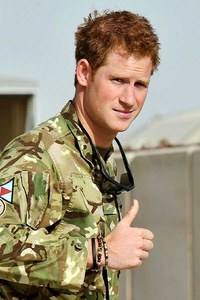 Francesca Menato
…
#couple
For all the best videos, memes and shareable news!