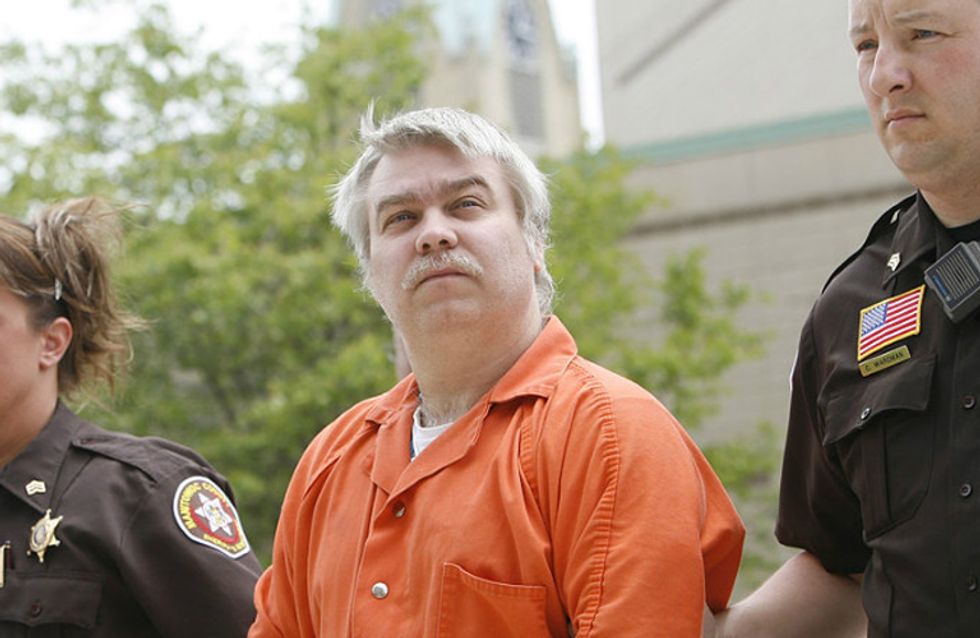 For those who haven't finished Making a Murderer, look away now. For everyone else, let's talk. Making a Murderer does not have a happy ending. Can you even call it an ending when the series simply concluded with Steve working on his lawsuit alone, locked behind bars for the rest of his life? Fortunately it looks like Steve's story is far from over, as the filmmakers have hinted at a series two. For everyone who has been missing the hairstyles of Manitowoc County, this is for you...

Ever since we watched the documentary about Steven Avery, a man who was falsely imprisoned for 18 years only to land back in jail for another crime he claimed not to have done, we haven't been able to get his situation out of our heads and of course, it has been the topic of pretty much every topic discussion.

Whether you believe Steve to be guilty or a victim of an abhorrent fix, needless to say there is still so much more to this story that we need to know. Will Steve ever be released? How has this publicity affected his case? When will he marry his new girlfriend? (We could go on.)

Filmmakers Moira Demos and Laura Ricciardi have confirmed that they are still filming Avery's life in case of a follow up reason. In a panel, they said: "what we've managed to do...is have several phone calls with Steven Avery which we have recorded with an eye toward including them in future episodes. We are ready if there are significant developments, we will be there. The story is still unfolding, so we'll certainly take a look at it."

Even if there Steve's case doesn't reopen and nothing happens, we at least deserve a one-off special, right? Just to check in and see what he's up to? We feel like we need to check in on his mother and make sure she's okay. We'll definitely be watching if this pair back a comeback appearance.

Would you watch a second series? Tweet us @sofeminineUK!

25 Stages Everyone Goes Through When Watching Making A Murderer