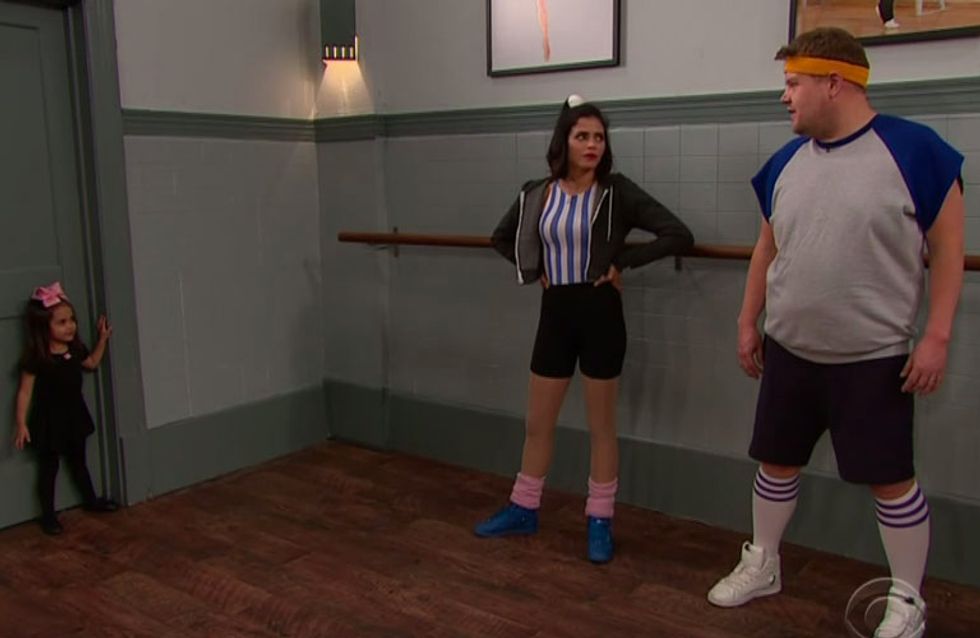 For anyone who has had the joy of watching the original Step Up movie, you don't need to be told that Jenna Dewan Tatum is a pretty good dancer. So when she appeared on The Late Late Show with James Corden, the Supergirl actress showed what she was made of by followers a toddlers dance moves, and the result is #adorbz.

We've got to say, we've had a crush on Jenna Dewan Tatum ever since she kicked her hubby Channing Tatum's butt on Lip Synch Battle, and this video has only encouraged our crush.

Appearing on the Late Late Show With James Corden, the host exchanged his usual Carpool Karaoke skit to celebrate Jenna's awesome dancing skills. Even though she's following toddlers who are basically just running across the room, you can tell she's a ballerina at heart!

We should note that James does a pretty awesome job as well, particularly since he's rocking SUCH a good outfit. That yellow sweatband is a thing of legend. We have to say though, as much as we are ALL about Jenna in this video, we're not sure anything can ever quite live up to her performance of 'Pony' on LSB.

Which guest would you most like to see being silly on The Late Late Show with James Corden? Tweet us @SofeminineUK!

Adele And James Corden's Singalong For Carpool Karaoke Is EVERYTHING