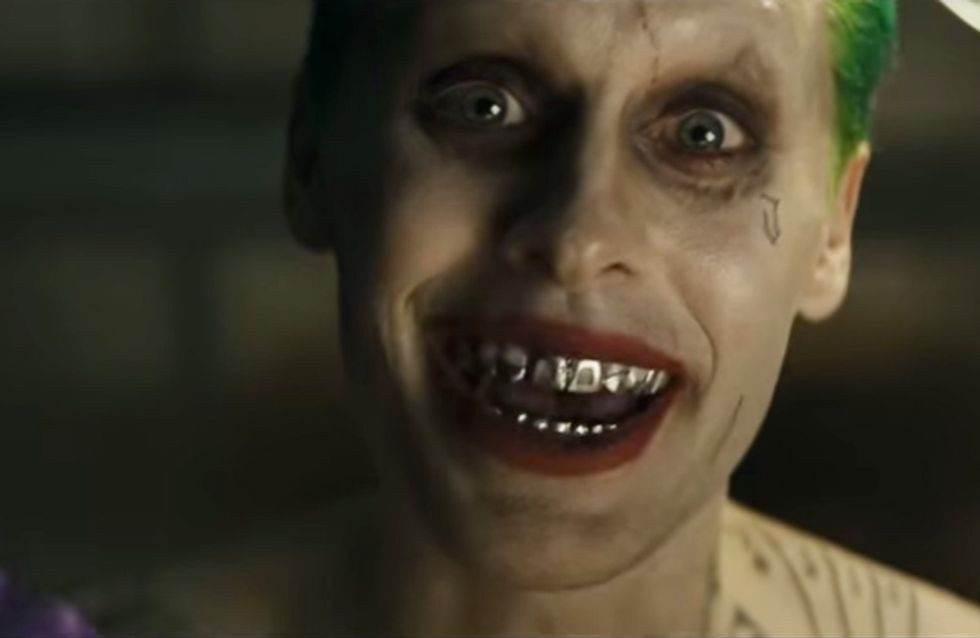 When we heard that DC Comics were planning a Suicide Squad movie, we have to say we weren’t too thrilled at the prospect. Maybe it was that weird sneak peek snap of Jared Leto’s portrayal of the Joker with a ‘damaged’ tattoo on his forehead, or maybe we didn’t want to get our hopes up after DC Comics’ disappointing Man of Steel. But now the trailer is here, and the film looks superbly bleak and as edged with madness as its characters, so we are SO ready.

“It’s taken some time but I finally have them. The worst of them.”

To be fair, why did we ever think this was going to be a dud? The all-star cast, including Will Smith, Jared Leto and Margot Robbie all play damaged, insane and sometimes psychopathic supervillains in a team which director David Ayer described to Empire Online as: “a Dirty Dozen with supervillains.”

So what can we take away from the trailer? The excellent Viola Davis, who plays Amanda Waller, seems to have gathered up all of the bad guys and: “put them in a hole, then threw away the hole”. However, she now wants to assemble them into a team as, if they fail, the government won’t have to accept any responsibility on their behalf.

Cue Margot Robbie as Harley Quinn, doing creepy acrobatics in her cell, Cara Delevingne as Enchantress, emerging from a coffin filled with black swampy water, and Adewale Akinnuoye-Agbaje surveying his reptilian skin as Killer Croc. Visually, it is stunning.

“So that’s it huh? We’re the patsies. We’re some kind of Suicide Squad.”

Will Smith also has his standard saving the world hat on as Deadshot, but we have to say we’re mostly excited about the glimpse we saw of Jared Leto’s Joker character in the last few seconds of the trailer. We thought that no one could live up to Heath Ledger’s outstanding portrayal of the deranged sociopath, but Leto’s Joker looks to be freaking terrifying. We are SO ready for this.

Do you think this looks good? Tweet us your thoughts @sofeminineUK!