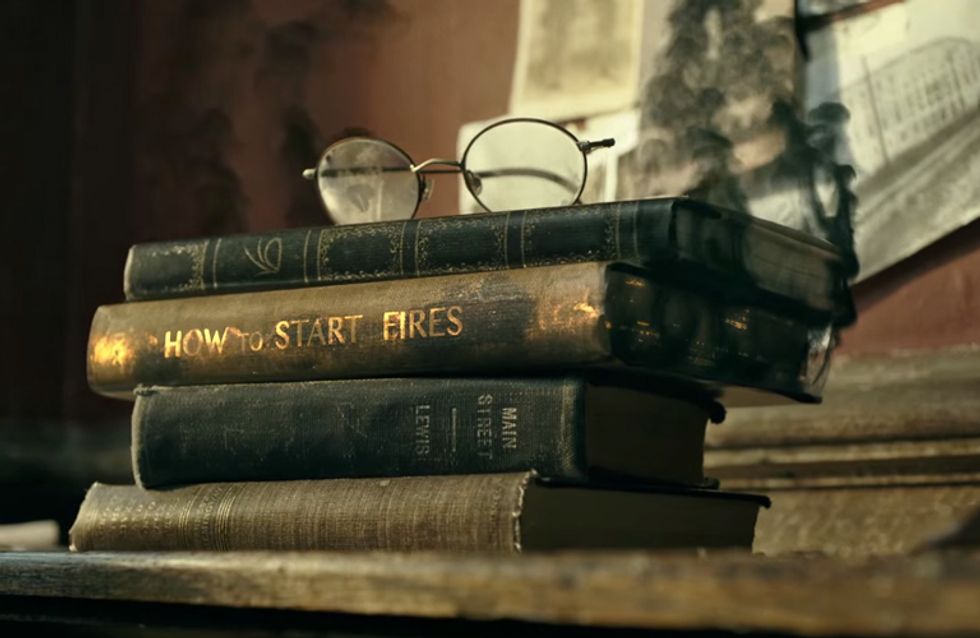 Lemony Snicket was such a fantastically creepy aspect of our childhood, wasn't he? His tales of the orphans Violet, Klaus and Sunny and their terrible lives definitely never had the adaptation they deserved (sorry JIm Carrey, your version just didn't cut it). However, the new trailer for the Netflix adaptation looks like the dark tone of the books have finally been achieved. We are very concerned right now.

Netflix has a track record for creating brilliant original TV shows, and so we were a little too excited to hear that our favourite series of books A Series of Unfortunate Events was being adapted for the view on demand service. Now the new trailer's here and it looks amazing, if a little absolutely terrifying.

​The series focuses on three children, Violet, Klaus and Sunny Baudelaire, who lose their parents in a terrible fire and as such are forced to stay with various loopy relatives all the while dodging the evil (and persistent) Count Olaf, an actor who owns a variety of disguises and is determined to get his hands on the enormous Baudelaire fortune. It's his shadow that appears in the trailer and we are beyond creeped out.

The first book focuses on the children's experiences when they are forced to stay in his filthy home, so we are assuming the series will focus on that. But who else will we see in the TV show adaptation? Uncle Monty and his reptile room? Will V.F.D make an appearance? Will the children head to the Academy where the school motto was Momento Mori (Remember You Will Die). Seriously what did we read as children?!

To be fair, Lemony Snicket does have a solid reputation for being creepy AF. Remember the dedications to Beatrice at the beginning of each book?
​

So who is the TV show aimed at? According to an interview with the author of the books, Lemony Snicket (real name Daniel Handler, but we don't like to think about that), when he considers an audience for ASOUE, he: "imagine[s] a family with children of assorted ages ranging from first grade to graduate school. They make popcorn and pull out the sofa bed and lounge around watching something interesting on television. They have some flecks of Japanese seaweed that they sprinkle on their popcorn. Those are the families I’m after."

He also told Hollywood Reporter his surprise at Netflix adapting his books, saying: “I can’t believe it. After years of providing top-quality entertainment on demand, Netflix is risking its reputation and its success by associating itself with my dismaying and upsetting books."

Are you looking forward to the new TV show? Tweet us @sofeminineUK!

Which Orange is the New Black Character Should Be Your Prison Wife?

Move Aside Man Bun! We're All About The Man Ponytail Now