by the editorial team Published on 1 July 2010 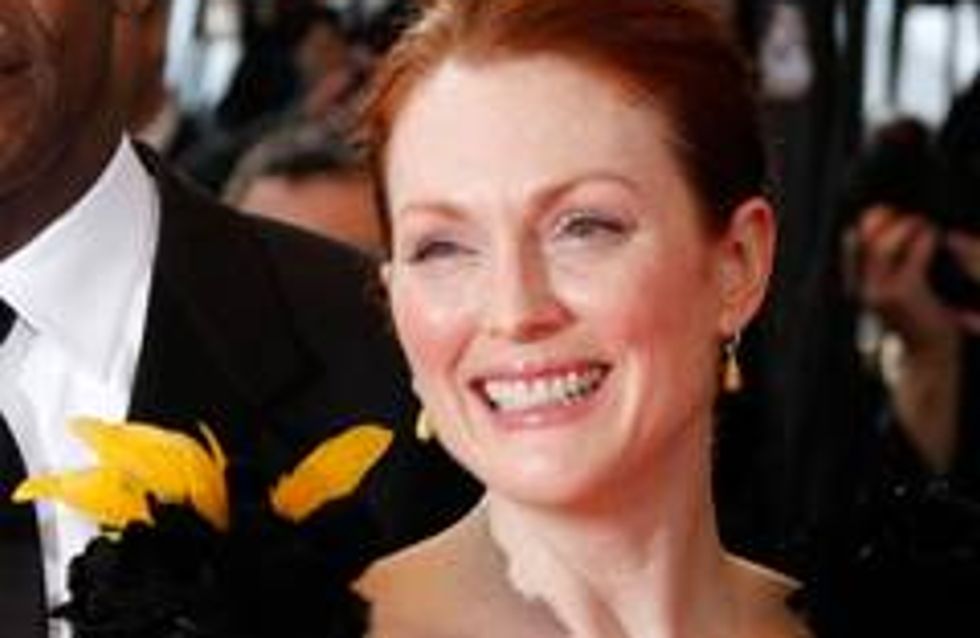 Julianne Moore's lesbian sex scenes with Annette Bening in new movie 'The Kids Are All Right' left her hot and bothered because she was trapped under a big blanket.

Julianne Moore's lesbian sex scenes in her new movie got very hot - because she had to lie under a "heavy blanket".
The 49-year-old actress is involved in several erotic sequences with Annette Bening, 52, in 'The Kids Are All Right' and the pair were left stifled by the thick bed linen the production designer picked.
Speaking at a lunch in the film's honour at the Rouge Tomate restaurant, in New York, director Lisa Cholodenko told the New York Daily News newspaper: "Julianne had to spend a lot of time under it, and I started to get really worried."
Cholodenko kept asking Bening: "Is she suffocating down there?"
To which Moore replied from underneath the blanket: "I'm fine under here, let's keep going!"
In the comedy movie, Moore and Bening play a lesbian couple, Jules and Nic, who are the mothers of two children conceived via artificial insemination.
The couple face a dilemma when their oldest child Joni - portrayed by
Mia Wasikowska - decides to contact the sperm bank so she and her brother Laser - played by Josh Hutcherson - can find their dad.
Mar Ruffalo, who plays donor Paul, admits the comedy movie opened his eyes to the money-making possibilities of sperm donation.
He said: "I would have had a lot more pocket money back when I was a teen. That would have been a first job I could have excelled at!"