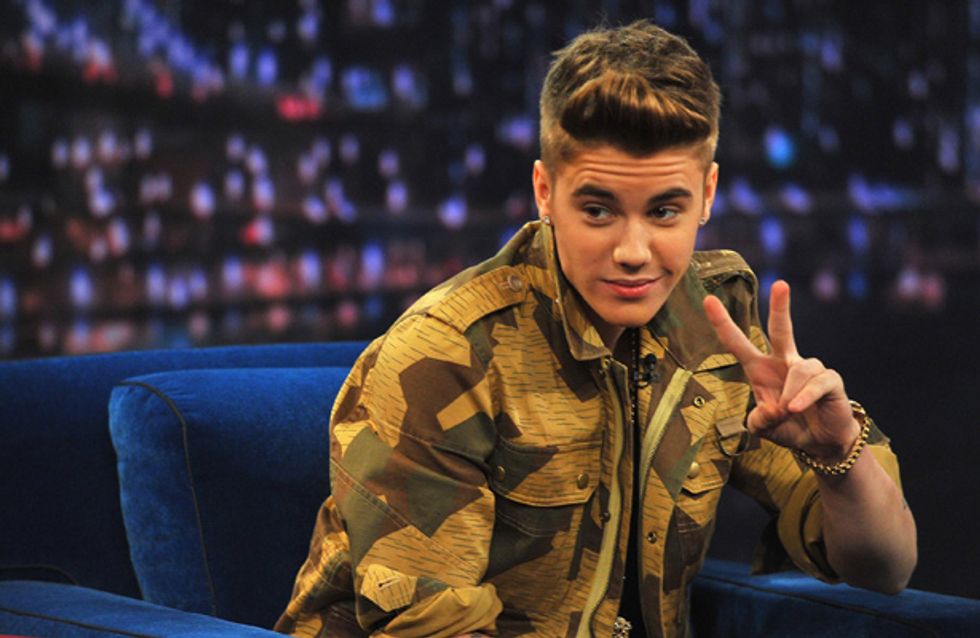 Is it possible to have too much of your fave celeb? If a recent article is any indication, the answer is yes! In their annual list of the Most Overexposed Celebrities, Forbes revealed a few familiar faces who are guilty of oversaturating the market. Some of the stars to snag a spot? Unsurprisingly: Justin Bieber and Kim Kardashian. See who else made the cut!

Yesterday when Forbes unveiled their annual list of Most Overexposed Celebrities, some may have been surprised to see a few of their favorite stars included in the not-so-coveted roundup. Coming in at number 1 is the good-boy-gone-bad Justin Bieber. Following right behind him at number 2 is reality superstar Kim Kardashian.

Per Forbes,"For its E-Score Celebrity service, E-Poll Research ranks more than 6,600 bold-faced names based on 46 attributes through public opinion polling. Sixty-seven percent of respondents ranked Bieber as overexposed ." Ouch! While her sisters were also named in the list, Kim Kardashian ranked the highest with a 61% overexposed rating.

Does it really come as a shock people are starting to get Bieber and Kim K fatigue? Let's just say it isn't exactly the most astonishing revelation we've had this week.

Curious to know who else was included in the list? Find out below.

While his hardcore Beliebers can't get enough of him, it seems the general public has had more than their fair share. He might want to seriously consider a permanent break from the limelight.

We're not shocked Kim K is on this list. From the covers of tabloids to countless Instagram selfies, she's everywhere!

Party girl Lindsay Lohan landed her spot on the list with her Oprah documentary series. We won't lie, she's our guilty pleasure.

VMAs twerkfest, anyone? It was the beginning of the never-ending Miley media blitz. Can we send her to the same retirement home as the Biebs?

While Kris Jenner is never too far behind her famous daughters, it was her short-lived talk show that earned her a spot on the overexposed list.

Kourtney Kardashian doesn't seem to relish the fame as much as the rest of her family, but her numerous public appearances was enough to keep her on the tips of tongues.

Khloe Kardashian has been one of the most talked about celebrities over the past year, due in large part to her failing marriage with NBA star Lamar Odom. We hope she begins to keep a low profile from here on out.

This sounds just about accurate. No complaints here!

Who are some celebs you think are overexposed? Tweet us @sofeminineUK!