Bad Boy Justin Bieber's name is so covered in mud it seems hard to believe he’d take offence to it being dragged through some more. But when it comes to his Beliebers he's not messing around. The 19-year-old was caught spitting over his balcony last week and it appeared there were fans beneath - but he's insisted this wasn't the case.

Justin Bieber's representatives have spoken out to defend the 19-year-old for spitting over a balcony.

The Canadian singer was seen hurling some gob from his hotel room last week.

It had appeared that the spit may have been headed for his fans below.

The Boyfriend singer had posted a picture onto his Instagram of adoring fans on the street below before the gross act occurred.

His caption read: "I wake up this morning to this.

Which would beg the question, why are you spitting on them Justin?

Well, it turns out the street was empty of his personal public when he did it. 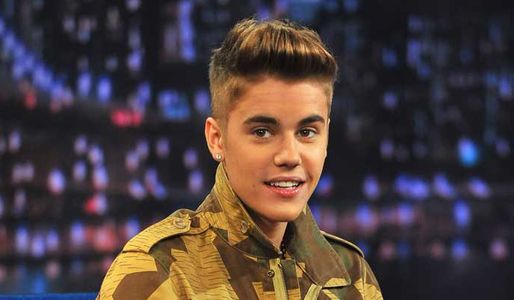 A rep told Us Weekly: "Justin didn't spit on anyone. No fans were below the balcony.

"In fact, earlier in the day, Justin bought his fans hot chocolate and played them some of his new music. Justin loves his fans."

That's much nicer than flying saliva.

While we're in the business of clearing Justin's name, it has emerged that he's been cleared of the hit and run case against him.

Allegations had been made by a photographer who claimed to have been pinned between the pop star's Ferrari and a parked car.

But according to TMZ, prosecutors claim there was "insufficient evidence to prove that Bieber knowingly left the scene of a collision in which someone was injured".

Maybe he's not all bad - Selena, what are you thinking?

Francesca Menato
…
naughty
For all the best videos, memes and shareable news!